The solution is one of many extended reality (XR) solutions the US Department of Defense (US DOD) has procured to streamline and enhance operations.

SpaceWERX Phase II Small Business and Innovation Research (SBIR) contract has funded the partnership. The US Space Systems Command along with other divisions have co-managed the solution. Further testing with the USAF 24th Special Operations Wing and others will ensure the programme’s success.

SimX will also launch the programme as a commercially-available solution to back the growing human spaceflight industry. These may consist of companies such as SpaceX, Blue Ocean, and Virgin Galactic.

The trainer will initially offer support for Dragon and Orion capsules along with multiple launch scenarios from global locations. It will also include a comprehensive training curriculum featuring physiological challenges of astronauts returning to Earth from long-duration space flights.

“The mission of the VALOR program is to adapt VR medical simulation training to enable high-quality, repeatable, and accessible clinical training for any scenario. We’re honored to have the opportunity to take the VRMSS to the next frontier by helping the DOD’s elite medical personnel protect the health of our astronauts and space launch personnel”

“The mission impact of this project will be increased overall medical capability for global rescue forces responding to Human Space Flight contingency landings. These capabilities are critical for ensuring the highest standard of care is provided by our PJs as they prepare for the continued expansion of Human Space Flight operations”

Global leaders have also leveraged SimX’s VR medical simulation platform for training staff. Institutions such as the Mayo Clinic, Northwestern, the US Air Force, Stanford, and others have empowered staff with the cutting-edge trainer.

Users can work at the same time in virtual spaces from any physical location via a “holodeck-like” experience. Trainees can also top the scalable SimX Scenario System to rapidly build and deploy training materials for learners as well.

US Department of Defense XR Ambitions

The patents defined the SPACEVERSE at the time as “a secure digital metaverse that converges terrestrial and space physical and digital realities and provides synthetic and simulated extended-reality (XR) training, testing, and operations environments.” 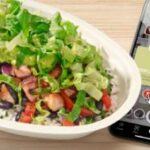 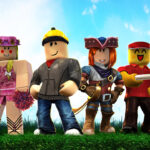 Roblox VR Could Be Heading To Quest In 2023