Roblox VR Could Be Heading To Quest In 2023

The popular kid-friendly MMO would no doubt be a hit on standalone headsets.

According to The Verge, Roblox, one of the biggest online video game platforms in the world, could be heading to VR on Meta Quest headsets sometime later this year. The news was mentioned earlier this week in the website’s official Command Line newsletter and comes from unnamed “sources.”

If true, this could prove to be a major win for Meta. In 2021, the Roblox game company went public with an overall evaluation of $41 billion USD. In the third quarter of 2022, the game had over 58.8 million daily active users and currently shows no sign of slowing down. Adding support for such a popular game could be just what Meta needs, especially with the “Quest 3” supposedly launching sometime later this year, according to a Q3 2022 earnings call.

In May of 2021, Roblox CEO and co-founder Dave Baszucki expressed interest in bringing the platform to Quest during a company earnings call, saying, “We have the same vision for the immersive 3D multiplayer cloud stuff of the metaverse in that we believe this should be accessible on all devices, both from viewing as well as interaction.”

“And we’ve really innovated around this on phone tablet, computer, and Xbox console, showing that developers can create content that when pushed to our cloud, runs on all of these devices as well as auto translates into multiple languages. So absolutely long term, Switch, PlayStation, Quest, all of these platforms make perfect sense for Roblox.”

That said, the most interesting feature, in my opinion, is the ability to interact with 2D players as a VR avatar. The asymmetrical gameplay featured in games like VR Hands borders on the incredible. Here’s hoping the rumored VR version features support for cross-platform play if/when it releases later this year. 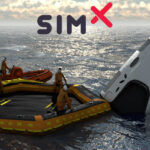 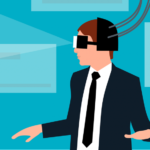