ARHT Media Inc., a developer of high-quality, low latency holograms and digital content, has today announced that in Q1 2021 it installed it’s HoloPod and HoloPresence Display technology, as well as its Capture Studio kits with two military organizations in three separate countries with a value over USD $450,000.

ARHT Media’s patented HoloPresence technology offers a complete end-to-end solution that creates a sense of presence for audiences – as though a holographic presenter was actually in the same room. As a result, two-way live communications with a 3D holographic presenter are made possible anywhere in the world, with no noticeable latency, according to the company. Furthermore, the technology can be used to playback pre-recorded content and 3D animations ARHT Media’s HoloPresence displays. Finally, the company also has the capability to stream the same content online on its premium ‘Virtual Global Stage’ platform.

According to ARHT, the primary uses of its technology will be for military training and education. In one case the permanent installations are a pilot program that has the potential to be rolled out to many additional countries.

Commenting on the announcement, ARHT Media CEO, Larry O’Reilly, said: “Education and training are two very strong use cases of ARHT’s technology suite, and if this initial pilot program delivers on the client’s expectations, then it could possibly lead to the build-out of a very large network within the organization. The program is expected to save the organization hundreds of thousands of dollars annually by reducing the need for air travel.”

In April, ARHT Media engaged with retired NATO technology expert, Sean Midwood, to advise the company in its sales and marketing strategy with military organizations globally. Midwood, is a former Chief of Staff to the Director of Service Strategy (formerly Chief Technology Officer) at NATO’s C&I Agency (formerly C3 Agency) in the Netherlands, and spent his career with the Royal Canadian Navy.

“I could only dream of being able to deploy a capability like ARHT Media’s when I was in the military and with NATO, that had the ability to deliver meaningful enriched communication without having to travel. This would be a key asset and force multiplier for any military organization today,” stated Midwood. “I am looking forward to strategically advising the entire ARHT team to help showcase this revolutionary technology for a number of military and whole of government applications.” 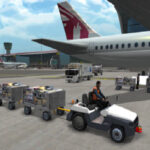 Virtual Reality and Augmented Reality Solutions for the Aviation Industry 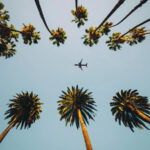 The Best XR Companies in Education for...

Hologram Voicemails Are Here Thanks To Asynchronous...