SenseGlove Compacts its Force-feedback Tech Into the ‘Nova’

When it comes to data gloves with force-feedback haptics they tend to be big bulky, mechanical devices. This was very much the case with SenseGloves’ first product in 2018 with its striking blue mechanism. Today, for CES 2021, the company has unveiled a far more compact and user-friendly design, the SenseGlove Nova.

Designed primarily for virtual reality (VR) training use cases, the SenseGlove Nova moves away from the exoskeleton look of the original – which will still be available for VR research – with a mechanism inspired by human tendons. Force-feedback is applied by four magnetic friction brakes attached to wires running down the thumb and three fingers. Each of these brakes can deliver up to 20N of force allowing users to feel the form factor of digital objects. SenseGlove say this force is: “equivalent to the weight of a 2 kg brick on each finger.”

Adding to the sensory feedback, the Nova gloves also feature voice coil actuators for vibrotactile haptics in the thumb and index finger. These allow users to feel textures and other sensations, such as pressing a button on a dashboard or using a tool. Plus the SenseGlove Nova is now easier to put on as you don’t need to strap each individual finger in. Thus it should take a few second to don each one.

“Unlike research applications, VR training projects are all about quick implementation. Based on customer feedback, SenseGlove has created a new glove using stretchable, easy to put on material. The ability to experience digital worlds through intuitive real-world behaviours along with the price of $5,000 US make the SenseGlove Nova the most accessible device for the future of work and a new sense in VR training,” said Gijs den Butter, SenseGlove CEO in a statement.

Since the original SenseGlove was released the company has worked with over 100 institutions including Volkswagen, Airbus, Scania and Honda. “The next big step towards truly immersive VR training is to have haptic interactions. Therefore, Volkswagen collaborates with SenseGlove to make this vision of scalable haptic VR training a reality,” adds Malte Hedemann, Referent Digital Realities (VR /AR) at the Volkswagen Group.

SenseGlove is showcasing the working prototype during CES 2021 this week with plans to ship the first pairs of Nova gloves during March. 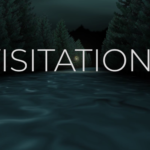 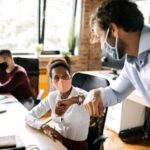