Augmented Reality And Our World In 2040

There’s lots of predictions on the market and buyer trends, but are we doing enough research on how technology will affect us?

At this time of year, all eyes are set to the future. Predictions for 2021 are rampant, as are forecasts for the next 5 to 10 years.

The world looks the same through any biological lens, but cities are now overlaid with AR that changes everything about how we perceive the physical world as well as each other. What we see through these future AR lenses is limited by our position in society and surveillance marketing that gently and ever-so-kindly caters to our every need.

MOA: My Own Assistant

This vision of 2040 is a scene out of a mobile AR experience called MOA (My Own Assistant), an adaptation of the novel Les Furtifs by French science fiction writer Alain Damasio.

Contrary to popular sci-fi concepts of AI, MOA is more symbolic of Siri, Alexa, and our other handy assistants. She’s gentle, kind, and sympathetic to our needs; MOA genuinely cares about us. Instead of having many apps to choose from, in MOA, we have just the one.

As a publicly funded experience, MOA raises awareness about our relationship with technology and advertising. It’s an opportunity to explore how technology plays a role in our daily lives as well as its future impact on society.

A Portal to the Future

It was in Paris earlier this year, at the NewImages Festival, that I put aside my mobile phone and traded in it for a device with MOAinstalled. In the middle of a great shopping complex in a concrete courtyard, an area was partitioned off for a few days to make way for a portal to 2040.

Plugging in the audio jack and holding up the phone, MOA’s gentle voice greeted me like a new best friend. We talked for a little while though the mobile interface where I could pick certain reactions to her bantar. MOA was incredibly personable. She delivered interesting information and supported my choices. She also offered several upgrades, including premium membership with greater access to the city.

MOA was so nice that I felt a little guilty about not wanting to pay more, subscribe, or start a free trial for a gym membership.

“During the experience you establish an emotional connection with the artificial intelligence,” says Marie Blondiaux, producer at Red Corner studio that developed MOA. “When it works, you don’t even know it.”

The Future is Now

So here I am, standing in the Forum des Images, looking through my mobile device with MOA. I see a shopping mall with still and digital billboards, flashing lights, ads, shoppers and a host of goods, all combined with minimal AR overlays. Add a little neon, max out the reflections, glare, exposure; add a few haggard looking mercenaries and you’re basically living in Cyberpunk 2077 minus the violence and public indecency.

“AR will free people from screens and provide direct access to a lot of services. This could be cool, but what if you have all aspects of your life driven by one AI?” says Blondiaux.

“It’s important to have these immersive experiences that make you question your reaction in the story. Information is not enough, because we have too much of it,” says Blondiaux.

After I traded in MOA for my own device, receiving it with a little bit of trepidation, Blondiaux outlines three types of reactions that people have from media:

“We are more and more aware. We know that advertising in society is not good for us,” says Blondiaux.

But it’s a battle of nature versus nurture, or rather knowledge versus reward hormones. In reality our smartphones are designed to make our live easier. In MOA’s digital society, we are the tools, receiving little doses of dopamine produced by our own biological factories that power the consumption of goods and services.

As our interview wraps up, Blondiaux says that media education is the best thing that we could give to people right now. Her team’s vision is to have MOAdistributed in public libraries, accompanied by an assignment where visitors write a letter to their phone as an opportunity to understand their relationship with it.

“Technically MOA is very simple, it gives people the chance to reflect on their relationship with their phone,” says Blondiaux.

For those of us already aware of technologies dramatic impact on human nature, what’s stopping us from acting on what we tacitly already know?

It’s herd behavior, safety in numbers; whatever you’d like to call it.

While augmented reality ads are on the rise, persuasive media, whether it be articles, emails, gifs, image stills, videos, or games will continue to influence the mainstream.

Some of these serve valuable content that provide utility, public awareness, positive engagement, social experiences, and entertainment. However, it’s the subtle psychological undertones that are laying down a code that will dictate our future for better or worse.

It’s not all doom and gloom. I’ve previously written about France and the United Kingdom’s approach to funding public projects.

With our attentions focused on the road ahead, what can we do in the here and now to make sure we take the right turn? The road to the future isn’t always a one way street.

You can download MOA free on compatible Android and iOS devices. I recommend that you try it (with health and safety in mind!) outdoors in a city or in a commercial building for maximum effect. 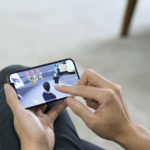 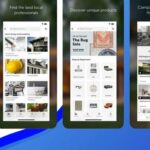