Virtual and augmented reality (VR/AR) collaboration platform, Spatial, which turns any room into a 3D workspace to help connect remote teams, has today announced its free native AR app for iOS and Android, which the company states will help to break down the barrier to entry by offering Spatial on a device that people already own.

Spatial added that following interest and growth over the last year, the Spatial app was re-designed from the ground up to be mobile first and leverage Apple’s ARKit or Google’s ARCore to allow users to participate in a holographic AR experience right from their smartphones.

According to the company, throughout the COVID-19 pandemic, Spatial has exploded as a tool with uses far beyond the enterprise that has seen usage up more than 130x and over half a million meeting joins since the start of the year. With hundreds of hours spent in Spatial each day, this trend is being accelerated by remote working, as well as the social isolation that is being felt by many people. However, access to VR/AR headsets still remains a barrier for many users. With the market today now full of AR-enabled smartphones, accessibility to interactive, 3D spaces is now opened up.

“This is a huge step for spatial computing and for us in solidifying our leadership as the leading AR/VR collaboration tool on the market today,” said Anand Agarawala, Co-founder and CEO of Spatial. “Previously only people with a headset could experience the true magic of Spatial but we wanted anyone to be able to take advantage of it. Now, you simply hold up your phone and for the first time ever can become an active part of any virtual meeting and see life-like avatars of coworkers or friends right in your living room.”

In addition to bringing the immersive AR/VR platform to smartphones, Spatial has added key features to the mobile version. These include automatic camera switching to allow mobile users to easily see who is talking on a smaller screen, as well as a full set of intuitive mobile-centric UI that allow avatars to move and interact with models, documents or videos in 3D, transforming how users can mix the virtual and real worlds from their mobile devices.

“Our mobile and web apps offer the perfect gateway experience for those that want to try out the benefits of connecting more deeply with remote friends, family or colleagues but without the upfront financial commitment of a headset”, commented Jinha Lee, Co-founder and CPO of Spatial. “The Quest 2 is projected to sell up to 6 million devices in its first year but we can bring Spatial for free to billions of users on mobile. The phone is where AR will thrive first and we’re capitalizing on this trend today. We expect that some users will go on to a fully immersive headset experience as hardware continues to become more affordable for the mass market.”

“People living in left-behind territories have traditionally inherited obsolete technology or nothing at all,” said Alejandro Pacheco, Deputy Resident Representative, UNDP Colombia. “COVID has shown to what extent technology and connectivity can be an accelerator while its absence can represent one of the most significant inequality generators. Mixed reality can be faster, more efficient and powerful than traditional infrastructures. Leaving no one behind means making these most advanced tools available and usable to those who would otherwise lag even further behind. This is why accessing Spatial’s platform on mobile will be so transformative for UNDP.”

Spatial is now live on iOS and Android. For more information on Spatial and its augmented and virtual reality collaboration solutions, please visit the company’s website. 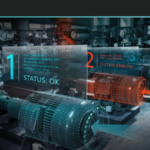 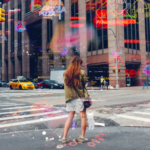 Augmented Reality And Our World In 2040