September 30 update: Virtual Desktop’s developer received an Oculus Quest 2 the day after this article published, and tweeted the following update about 90 Hz mode:

Virtual Desktop’s lone developer Guy Godin doesn’t have an Oculus Quest 2 yet. Nonetheless, the creator of one of Oculus Quest’s most downloaded pieces of software already enabled wireless PC VR streaming at 90 Hz on the upcoming headset.

More than two weeks before Facebook officially launches the headset on October 13 I’ve been in an Oculus Quest 2 Facebook sent me running an early version of Virtual Desktop from Godin. His software reported streaming the PC to my headset at 90 Hz both in regular desktop PC mode and while streaming PC VR games, with the latter reporting motion to photon latency as 26 milliseconds.

For those unfamiliar, the original Quest runs its visuals at up to 72 Hz while the Oculus Rift S operates at 80 Hz. The original Oculus Rift and Vive from 2016, however, both ran at 90 Hz for a fairly smooth visual experience. One of Oculus Quest 2’s most touted features is the ability to match that frame rate. Generally, the higher the frame rate that you see in VR the more solid and believable your virtual world is likely to appear to you.

Earlier today I asked Facebook about the rollout of the 90 Hz feature for Quest 2. A company representative explained the unit they sent me has 90 Hz enabled already and, at launch, buyers of Quest 2 will be able to use system software such as Home and the Browser at 90 Hz after turning it on in Experimental Features. It’ll be on by default later this year.

Facebook told me today it expects to open up the ability for developers to ship apps running at 90 Hz “soon after” Quest 2 launches. In addition, “we’ll soon ship the ability for users to select a refresh rate of 90Hz while using Oculus Link with Quest 2,” the Facebook representative explained in an email.

Oculus Link is Quest’s wired PC mode which compresses content to send it over a USB connection. Virtual Desktop, though, relies on existing Wi-Fi networks and Godin says he simply changed a line of code to enable PC VR content to run wirelessly at 90 Hz on Quest 2.

Wireless PC VR streaming is a much-loved feature among some Quest owners, and Facebook is working on its own wireless “Air Link” as well. The feature is a major point of contention at Facebook internally, however, because being subject to existing Wi-Fi networks might introduce discomfort for some Quest owners in some situations. Facebook, for example, won’t let Godin release the feature in the version of the app for Quest he sells through the Oculus store. Instead, he uses the sideloading service SideQuest to distribute a patch that enables the feature for people who want it. 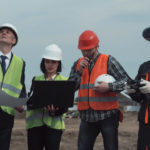 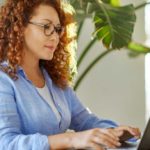