Check Out All The New Quest Social Features

It’s easier than ever to connect with your friends in VR. From Messenger to Venues, check out all the new Quest platform social features announced at this year’s Facebook Connect.

Oculus Quest 2 is right around the corner, and VR Cover is updating its popular set of offerings for Facebook’s new headset. Should you pick them up? Find out in our VR Cover Quest 2 Review!

There are going to be some people that find the Oculus Quest 2 a perfect fit from the first moment they put it on. More power to those lucky few but, for the rest of us, there’s a growing list of options to improve comfort. We’ve already reviewed the official Elite Strap and there’s another unofficial Halo Strap on the way, but VR Cover’s Facial Interface set is worth a look even if you’ve already invested in some of those alternatives.

Why? Because unlike other offerings, the Facial Interface doesn’t replace Quest 2’s strap but instead just the foam lining that rests on your face. In its place, you put a new venting frame and one of two foam face linings, covered in PU leather. All of this comes with a handful of extra benefits.

For starters, yes, you may well find the softer, spongier lining more palatable when fitted to your face than the Quest 2’s firm, surprisingly rigid solution. You get two different sizes varying in comfort (more on that in a bit) but an hour spent using either under the stress of Schell Games’ Until You Fall proved more comfortable for me than even just using the normal facial lining during Upload’s weekly in-VR podcast. If anything, though, that says more about just how much room for improvement there was in Facebook’s original design.

Perhaps more importantly though, the leather lining is great for when you’re playing more active VR games. Instead of getting your original foam lining covered in sweat that it will absorb over time, your sweat stays on the surface of the leather lining and is quickly cleaned off. It makes VR hygiene much simpler which is especially crucial in these uncertain times and you won’t be half as concerned about turning your once-shiny Quest into a smelly sweat sponge only you can use. I could take the headset off, wipe the lining clean, and then pass it over to my partner without much hassle.

From VR Cover’s perspective, October was probably a good time to launch the Quest 2 too. As the colder months come back in, the dreaded VR lens fog – which refers to users’ warm heads misting up a cold headset’s display – starts to plague devices once more, but VR Cover’s new facial interface set for the standalone helps make this a thing of the past. The lining has a gap to allow lenses to breathe much more easily so, even if you do get some fog, it will disappear faster than with the in-the-box lining.

After an hour or so of playing, though, I would take the headset off with either lining to find I had not only VR face, but some dark marks from where the leather was resting. The image below was after an Until You Fall session in which I was probably wearing the strap a little too tightly. It will soon clear up but maybe don’t use VR Cover just before a meeting.

You get two different sizes of foam lining with the VR Cover kit, a smaller ‘Standard’ lining and a padded ‘Comfort’ one, and it’s important you choose the right one for you.

As the name suggests, the Comfort option was definitely the cozier of the two for me to wear but kept my face further away from the lens. It meant I could never really see the screen as clearly and had to change from my usual mid-range IPD setting to the narrower option for a better picture. For me specifically, this is a bit of a problem as, at that setting, the Quest 2’s protruding lenses dig into my nose and the bottom center of my display distorts a little.

The smaller one, meanwhile, gave me the same experience as the normal Quest setup, albeit with more comfort. It’s the one I’ll be keeping on my headset from now on, even if I can’t wear it as comfortably for as long as the other. That said, everyone’s head sizes and preferences are different, and you might find the Comfort option works best for you. Given they both come in the same kit, there’s no need to worry about which to choose.

There’s also a bit more in the box that adds to the value with the VR Cover Facial Interface set. For starters, you get those two linings which, not only can accommodate different comfort preferences but also provide quick and clean switching between users. There’s a nose guard, too, that lets in less light for extra immersion and, finally, lens covers to leave over your Quest 2 when you’re not using it.

It shouldn’t come as any surprise that the already well-liked VR Cover brand remains consistent on Quest 2. The padded leather linings maker for a nicer fit than the solution you get with Quest 2, and keeps your headset clean when playing apps like Beat Saber and Until You Fall. For me personally, the Comfort-sized lining is far too padded to maintain immersion, but the Standard version works perfectly, and both come included. If you’ve already got a new strap and want to push your Quest 2 comfort experience that bit further, the VR Cover Facial Lining set should suit you just fine. Just be sure to check a mirror after you’ve used it.

September 30 update: Virtual Desktop’s developer received an Oculus Quest 2 the day after this article published, and tweeted the following update about 90 Hz mode:

Virtual Desktop’s lone developer Guy Godin doesn’t have an Oculus Quest 2 yet. Nonetheless, the creator of one of Oculus Quest’s most downloaded pieces of software already enabled wireless PC VR streaming at 90 Hz on the upcoming headset.

More than two weeks before Facebook officially launches the headset on October 13 I’ve been in an Oculus Quest 2 Facebook sent me running an early version of Virtual Desktop from Godin. His software reported streaming the PC to my headset at 90 Hz both in regular desktop PC mode and while streaming PC VR games, with the latter reporting motion to photon latency as 26 milliseconds.

For those unfamiliar, the original Quest runs its visuals at up to 72 Hz while the Oculus Rift S operates at 80 Hz. The original Oculus Rift and Vive from 2016, however, both ran at 90 Hz for a fairly smooth visual experience. One of Oculus Quest 2’s most touted features is the ability to match that frame rate. Generally, the higher the frame rate that you see in VR the more solid and believable your virtual world is likely to appear to you.

Earlier today I asked Facebook about the rollout of the 90 Hz feature for Quest 2. A company representative explained the unit they sent me has 90 Hz enabled already and, at launch, buyers of Quest 2 will be able to use system software such as Home and the Browser at 90 Hz after turning it on in Experimental Features. It’ll be on by default later this year.

Facebook told me today it expects to open up the ability for developers to ship apps running at 90 Hz “soon after” Quest 2 launches. In addition, “we’ll soon ship the ability for users to select a refresh rate of 90Hz while using Oculus Link with Quest 2,” the Facebook representative explained in an email.

Oculus Link is Quest’s wired PC mode which compresses content to send it over a USB connection. Virtual Desktop, though, relies on existing Wi-Fi networks and Godin says he simply changed a line of code to enable PC VR content to run wirelessly at 90 Hz on Quest 2.

Wireless PC VR streaming is a much-loved feature among some Quest owners, and Facebook is working on its own wireless “Air Link” as well. The feature is a major point of contention at Facebook internally, however, because being subject to existing Wi-Fi networks might introduce discomfort for some Quest owners in some situations. Facebook, for example, won’t let Godin release the feature in the version of the app for Quest he sells through the Oculus store. Instead, he uses the sideloading service SideQuest to distribute a patch that enables the feature for people who want it.

Facebook continues to roll out the hits at today’s Facebook Connect developer conference. Alongside a wave of game and hardware announcements, the company revealed Infinite Office, a collection of work-focused features perfect for creating your own virtual workspace.

Using the Oculus Quest 2 headset, you’ll soon have the ability to customize your own digital office with numerous virtual monitors capable of streaming your desktop PC in real-time. These monitors can even be snapped to real-world objects, such as a desk, allowing you to digitally enhance your physical environment.

Facebook has also announced a partnership with computer peripheral manufacturer Logitech to bring select products to the VR world, allowing users to type on a real keyboard while remaining in-headset. Future plans include opening up passthrough mode to developers so they can begin integrating their own apps with mixed reality support.

We saw a brief tease of this unique VR workplace solution this past May when Facebook’s head of AR & VR shared a small clip of the platform in use.

Facebook states that Infinite Office will release as an experimental feature for the Quest 2 this winter; no word yet on a full release date. 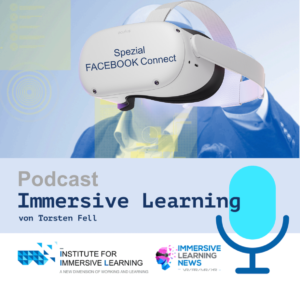