Standalone VR headsets such as Oculus Quest and Vive Focus Plus are preferred for enterprise use cases because they’re much easier to deploy and manage than PCs. However, mobile chips are significantly less powerful than PC GPUs, limiting the amount of detail possible.

This graphical limitation makes applications like vizualization and computer assisted design (CAD) very difficult on standalone. CloudXR aims to solve this problem by enabling companies to stream OpenVR (SteamVR) content from a nearby GPU server over a high bandwidth connection.

To be clear, NVIDIA isn’t launching a VR streaming service. This isn’t an extension to GeForce Now, a consumer offering. CloudXR is a set of software tools for companies using NVIDIA RTX Servers.

Datacenters on the national level would likely mean too much latency for most users. CloudXR is intended to run on “edge” servers- generally within the same city. Large companies using VR can rent or set up these edge servers to host their applications. While this was always technically possible, NVIDIA is providing a solution optimized across the full stack, from server to the Android app running on the headset.

NVIDIA claims the quality is “indistinguishable” from tethered PC VR when running on 5G or high bandwidth WiFi (the kind businesses tend to have access to).

If 5G can be successfully deployed and reach its promised speeds, CloudXR could some day be integrated in consumer VR platforms. HTC is listed as an official partner for CloudXR, and NVIDIA hints that consumer implementations could come in the future. But for such a service to be financially viable it may require a much larger VR market, given the GPU servers could only be used in the same city as the headsets to which they stream. 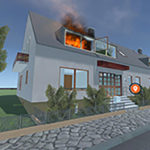 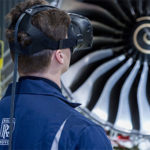 Data visualization via VR and AR: How...