Google AR Now Has A Lot More Than Animals

Anatomy, microscopic worlds and a way to record your augmented reality experience on Android have arrived.

I never expected that so many people would care about AR animals. Google’s searchable 3D animals, which launched last summer, ended up being being something that tons of people wanted to hear about. I understand why: They’re adorable.

The animals were part of a Google push to make its search engine become an extension of augmented reality. I expected Google would launch more AR things sooner, but instead it’s been slow, until now. On Friday, Google announced key updates that will at least keep you entertained for a while. This comes a day after Google added some extra features to Lens.

Google’s new searchable AR extras include anatomical models and microscopic structures, plus some objects from its Google Arts and Culture collection, which has had augmented reality support for a while. These should show up in Search as clickable 3D objects on iOS or Android, as long as you have an ARKit or ARCore-compatible phone or tablet (and have mobile view turned on in your browser, instead of desktop view).

The new AR features are definitely education-focused. The biological 3D models, including a skeleton, come from Biodigital. Two are „circulatory system“ and „skeletal system,“ if you want to search and try. Different parts of the models are labeled.

The microscopic 3D objects come from Visible Body: Google lists mitochondria and animal cells as two to search for.

Google Arts and Culture searchable AR include Apollo 11, Neil Armstrong and the Chauvet Cave and its cave paintings.

Android users will also get an update that should show 3D objects from Search in a gallery view. This also adds a screen recording option, making it easier to capture videos of your AR experience (including animals). On iOS, I use the Screen Record tool which I add to Control Center as a pull-down button, and edit in the Photos app after.

Finding all of Google’s AR-searchable animals has been a bit of a trial-and-error scavenger hunt. We’ll check out what else is available and post a list when we can. 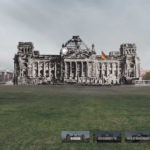 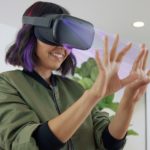