Controller-less hand-tracking (like what’s currently available as an experimental feature on Quest) has a handful of advantages over using controllers, like convenience and intuitiveness. However, common VR game actions like shooting and moving are difficult to do with hand-gestures alone. Aldin, the studio behind Waltz of the Wizard, has developed a new approach to VR locomotion called Telepath, and it could be a great fit for controller-less hand-tracking.

In a blog post the studio overviewed its purpose behind Telepath which it says is to make an intuitive movement system which is comfortable and doesn’t discourage physical player movement. They also show how the Telepath system can work quite seamlessly with controller-less hand-tracking; if true that’s a boon because there is no simple way to effectively map thumbstick locomotion to hand gestures.

The new Telepath system is available as of today in Waltz of the Wizard: Extended Edition, and Aldin says it will roll out Quest once Oculus allows developers to publish content which makes use of the headset’s hand-tracking capabilities.

The studio previously explained its ‘Ghostline’ analytics system which it uses to understand player behavior in depth; the studio says that the data shows that Telepath is comfortable and causes players to be more physically interactive with the VR world compared to thumbstick movement. While teleport and thumbstick movement are available in the game, Aldin says that 90% of users chose to stick with Teleport after being told that the other options were available.

Presence Control, as Aldin calls it, attempts to understand player intent without any button presses while adjusting the movement along a given path in real-time. The studio gives the example of being able to step away from the path to stop and interact with an object that catches your eye before continuing forward, or ducking behind an object for cover and having movement automatically pause.

While the default Telepath system moves players in short dashes along the path, the new Smooth Motion Mode instead moves players smoothly. While this may be less comfortable for those more sensitive to artificial motion, it can be more immersive for players that are ok with it. Granted, Alind says Smooth Movement Mode tends to be more comfortable than regular thumbstick movement.

Arc Roll is a new feature which makes it easier to draw more complex paths, including around corners and through doorways. It works by taking into account the rotation of the player’s wrist to influence the control of the path cursor.

Aldin says it plans to continue to develop Telepath to refine its features and continue to focus on measuring player intent—especially through new signals like eye-tracking—to make the system feel as natural as possible.

Foto: Oculus Quest has experimental controller-less hand-tracking which can be enabled in the headset’s settings. Developers aren’t yet permitted to publish applications that use the tech. | Image courtesy Oculus 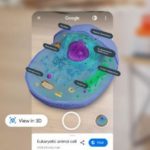 Google AR Now Has A Lot More Than Animals 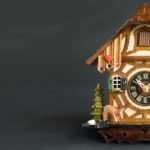