UPDATE: This article previously focused on an FCC filing pointing to a low cost VR headset from Lenovo and then GamingScienceTeacher pointed out the recent announcement.

Called VR Classroom 2, the headset resembles Facebook’s Oculus Go, but with large padding on the backstrap. This is likely to balance the weight of the frontbox for a more comfortable experience.

Like Oculus Go and Oculus Quest, this is a standalone headset. That means the processing is done on the headset, so no PC is required.

No cameras are visible on the headset and no positional tracking system is listed so this is most likely a 3DoF headset like Oculus Go. That means it likely only tracks the rotation of your head, not the position. This means the world feels locked to your head when you lean forward, backward, or to the side.

The headset uses the Snapdragon 835 chipset, the same as is used in the Oculus Quest.

The resolution is listed as 1920×2160 per eye, meaning the headset uses a 4K panel. This should give comparable panel sharpness to the HP Reverb, which should allow even small text to be read — which is an important feature for educational apps. The refresh rate is 75 Hz, slightly higher than the Go’s 72 Hz.

Unlike the Go or Quest, Lenovo’s headset supports microSD cards to expand the storage. 64GB of onboard storage is provided.

Integrated audio means students won’t need to plug in headphones, and a 4200 mAh battery means that assuming the software is not badly optimized, the headset should run for even longer than Facebook’s standalone products.

No price is listed, and there’s no indication of Lenovo offering this outside the education market.

This isn’t Lenovo’s first VR headset- or even their first standalone. Back in 2018 the company partnered with Google to deliver the Mirage Solo, which launched during the same week as Facebook’s Oculus Go. The headset featured positional tracking, but the controller (like Go’s) was only 3DoF, acting as a laser pointer.

By all accounts the Mirage Solo did not sell large volumes on the market. This is likely due to the fact that it was twice the price of the Oculus Go while not providing the 6DoF tracked controllers of PC VR and Oculus Quest or any ports of major PC VR titles. 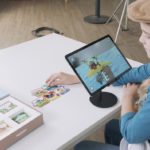 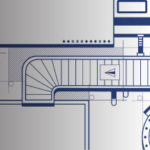 Why Every Organization Needs an Augmented Reality Strategy