A look at the AR technology and Grinrise, the company behind it.

It’s no secret that the world is getting more technical. Naturally, schools and parents alike want to help children rise to this challenge and take advantage of the opportunity. You might have heard of schools teaching coding as a foreign language. There hasn’t really been anything like that for AR technology. Until now.

Grinrise is a company specializing in early childhood development. They’ve been around for over five years but for the last two years they’ve been working on PICK&PLAY. PICK&PLAY is educational AR technology for children.

“Children are always curious. Even after watching a short video, they ask questions such as `Why did the villain come back to life?’ or ‘Couldn’t the main character go over there?’,” Grinrise  Founder Seung Eun Kim said in a release shared with ARPost. “We developed PICK&PLAY to help unleash their unlimited imagination.”

The project launched on Kickstarter the day after Christmas and had already exceeded its funding goals before New Year’s Eve.

PICK and PLAY is a tool that uses AR technology to bring simple stories to life. Children create these stories by playing sequences of cards that fit together like puzzle pieces. Cards have characters, settings, actions, objects, and even sound effects. Early donors also get special “signature” cards.

While a story can be made using as few as three cards, up to six can be played together for a more theatrical experience. These cards can be played in virtually any combination.

I say “virtually” because the software won’t accept combinations of cards that children could hurt themselves by replicating. For example, character cards can’t eat non-food items. Other cards, such as a “campfire” card can only be played in responsible combinations.

What Do Children Have to Learn From AR Technology?

Once a series of cards has been played, the child can view an animated version of the story play out through augmented reality on almost any smart device. The video can even be shared on social media.

Through this system, children get to have fun telling and sharing their own stories. They also learn the structure involved in telling stories, constructing sentences, and even basic computer coding.

How and Why to Buy PICK&PLAY

PICK&PLAY is a fun and educational tool. It serves as an introduction to language, coding, and AR technology.

While the funding goal has already been reached, the Kickstarter campaign will remain active until January 25. That makes this a great time to take advantage of great deals on a sure thing.

Packages begin at $40 for savings of as much as 52% off of the shelf price after launch. Shipping is expected to begin in May of 2020. 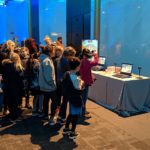 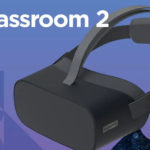