Facebook’s Chief Researcher: ‘When The Next Generation of VR Shows Up, It Will Be Because We Did It’

Facebook’s chief VR researcher revealed his belief that the tech giant will be the company to deliver next generation VR. In an interview with The Information he also warned that AR glasses could be as much as 10 years away from wide appeal.

Most of the interview focused around the prospect of consumer augmented reality glasses, which some expect to arrive in the next few years. Abrash warned that compelling AR glasses are approximately five years out, and doesn’t expect the technology to reach even the “Blackberry stage” until 2030.

But “the hardest part”, according to Abrash, is developing an appropriate input system. Carrying a controller would be impractical and clunky for complex input, and it is unlikely that people will want to use voice commands in public or wave their hands around. From The Information article:

“In the long run, what you really want is your interface to work the way that your brain works with your perceptions now. Rather than you having to say, “OK, I want to hear this person,” imagine that when you’re in a noisy environment, your glasses detect that it’s noisy, they infer who are the people you’re talking to, and they pick that signal out. You don’t even know that it’s happened any more than I think about the fact that my glasses gather light rays in a way that lets me see better.“

Ultimately, however, when these technological barriers are solved, Abrash expects AR glasses to replace smartphones. But based on Abrash’s statements, this can’t happen until well into the 2030’s or perhaps even 2040.

Abrash acknowledged that other companies have the same understanding of the potential of AR glasses: “Everybody sees that AR will replace the phone someday.”

When asked about the competition in the VR space, however, Abrash took a different tone, expressing a belief that Facebook invested significantly more than any other company, and that he can see “no other way” for true next generation VR to arrive than via his team’s research:

“No company has invested at anywhere near the level we have. When the next generation of VR shows up, it will be because we did it. I see no other way it’ll happen.

Publicly available data indicates that Facebook currently controls around 50% of the PC VR market and the company currently faces no serious competition in the standalone VR space. According to CEO Mark Zuckerberg, the company is selling Oculus Quests as fast as it can manufacture them.

This is, of course, a bold claim. Over the past few years, Facebook revealed deep research into the technologies required to advance virtual reality to a true next generation.

The only other company with a public showing of VR research anywhere near this scale is Microsoft. The company’s Windows MR virtual reality platform failed to gain traction with consumers and there is no indication of a second revision of the tracking platform or controllers. The head of the company’s gaming brand, Xbox, recently described VR as “not where our focus is.”

In late 2016 Google took on Facebook in the VR space with the launch of its Daydream platform. The company even launched the first consumer 6DoF standalone headset with Lenovo back in 2018, and its researchers co-developed a very high resolution display for VR with LG. However, Daydream was discontinued and it has been widely reported that much of the original team now works elsewhere, with some key names being poached by Facebook.

Valve and HTC provide competition to Facebook on PC. Valve’s hardware appeals to a smaller audience due to its $1000 price and HTC’s new $700 headset is stuck in a middle ground of having neither the affordability of the Rift S nor the innovation of the Index. The Steam Hardware Survey indicates that HTC’s headset failed to gain any traction at all.

Last month, The Information reported Apple is working on a VR-AR hybrid headset which could serve as competition to Facebook’s Oculus Quest. The device is reportedly slated for release in 2022. It is unclear whether this would actually constitute a next generation, and it may be more of a stepping stone (and perhaps development platform) to AR glasses than VR for VR’s sake. CEO Tim Cook stated he has “never been a fan of VR” and called the technology “not profound“.

So if Abrash is right and Facebook is the company which delivers true next generation VR, when will this be? To directly quote Abrash himself just four months ago: “not any time soon”.

Back in 2016 Abrash laid out his predictions for a headset with 4K resolution per eye, varifocal optics, eye tracking, wireless, and 140 degrees field of view. He suggested this could arrive by 2021.

At Oculus Connect 5 in 2018, however, he revised his timeframe. He stated that he expected some specifications to be higher than his predictions, but that it would arrive a year later than predicted.

But at Oculus Connect 6 in September, he rolled back his timeline even further:

“The honest truth is, I don’t know when you’re going to be able to buy the magical headset I described last year. VR will continue to evolve nicely, but my full vision for next generation VR is going to take longer. How much longer? I don’t know. Let’s just say not any time soon. Turning breakthrough technology into products is just hard.”

So while Abrash seems confident Facebook will be the company to deliver true next generation VR, if he’s right it may not be happen for another three years at least.

Facebook’s Chief Researcher: ‘When The Next Generation of VR Shows Up, It Will Be Because We Did It’ 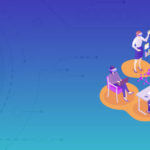 6 Ways in Which AR Shall Revolutionize the Workplace 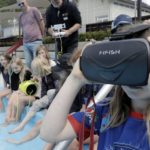