Oculus Medium launched back in 2016 alongside the company’s Touch motion controllers, and began as an exploration of how VR could be useful beyond gaming and entertainment.

3D modeling on a computer is notoriously abstract compared to working with a physical medium; with VR’s unique, one-to-one perspective and input, Oculus set out to make a ‘sculpting’ tool which would feel more like working with clay in the real world than drawing primitive shapes and vertices with a mouse.

At launch Medium included a range of tools for making and forming 3D volumes. Models could also be ‘painted’ with spray paint-like control. The app also supported exporting of models so that they could be refined in other common 3D modeling and texturing tools, and ultimately used in production projects like games and films. Oculus continued to expand the app as VR’s potential for this sort of modeling work became increasingly clear. A Medium ‘2.0’ update launched in 2018, overhauling performance, UI, and tools.

Today Facebook announced that Adobe has acquired Medium; the price of the acquisition was not disclosed. Adobe is promising “continuity in the way [existing Medium users] access and experience the tool;” it remains available on the Oculus Store and will continue to be free for new activations of Oculus Touch.

What Will Happen to Medium Next?

Adobe says it “can’t wait to work with this community to keep Medium growing and improving,” so at least outwardly, the company is signaling that this isn’t a mere talent acquisition which would threaten to deprecate Medium and absorb its developers into other Adobe projects. Rather, Adobe says it plans to align the Medium team with its Substance team to “work together on the next generation of 3D tools” (Substance is a  3D tool widely used by game developers, which itself was acquired by Adobe in early 2019). This makes it sounds like Adobe wants to make Medium’s functionality part of the company’s broader 3D modeling offerings.

In the announcement shared by Oculus, the Medium team is calling this “a new chapter” for the tool, and says that users should “stay tuned for more features, improvements, and other developments coming from Adobe in 2020 as Medium continues to evolve.”

At least from the outside, this actually looks like a win-win-win for Facebook, Medium, and Adobe. Medium has demonstrated itself as a unique and powerful creative tool, but this kind of product is quite far removed from Facebook’s core business; Medium‘s ultimate potential may have been stifled by a lack of interest from the parent company, and in a worst-case scenario, Medium—like Oculus Story Studio—might have been wound down and left to fade from existence. Rather than let that happen, Facebook found a way to let the project go without killing it outright.

Adobe’s entire business, on the other hand, is about making tools which empower artists and creators to produce great works. While the company’s foundation is in photography, videography, and print, in recent years it has clearly recognized opportunities in the 3D realm and has worked to aggressively expanded in that direction by building new tools—like Dimensions and Aero—and making acquisitions of companies like Mixamo, Allegorithmic (Substance), and now Medium. Under Adobe, Medium has a home where it could reach its true potential—becoming a core part of the 3D production pipeline—rather than a niche VR app.

The news of this acquisition can’t help but turn eyes toward Quill, another Facebook-owned VR art tool with origins very similar to Medium.

Though they seem similar on the surface, Medium focuses primarily on a clay-like sculpting approach to 3D modeling while Quill is borrows more from the art of illustration, painting, and animation (even though it’s ultimately a 3D tool).

Quill was not mentioned in today’s announcement of Medium’s acquisition, but it’s hard to imagine that Quill isn’t in a similar position with regards to Facebook (a company which doesn’t seem to have a core business interest in helping Quill reach its ultimate potential as a powerful creative tool). If anything, the Medium acquisition seems to set the stage for some serious discussions about the future of Quill, and we wouldn’t be surprised to see a similar spin-out of the tool and team in 2020. 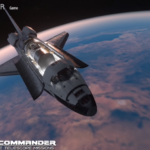 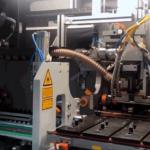