What are companies doing with augmented reality? Let’s examine some real-world use cases

AR is also beginning to have an impact in business contexts, as a wider range of enterprises pilot and adopt AR capabilities. The global market for enterprise AR applications is estimated to reach $14.2 billion by 2022, according to ARtillery Research. In a 2018 HBR-Analytics Services survey, 49 percent of respondents were piloting or had deployed some form of mixed reality in their company workflows, and 68 percent said that mixed reality would play an important role in achieving strategic goals.

“We continue to chronicle the use of AR technology by a wide range of enterprises which are increasing productivity, accuracy, and worker satisfaction,” says Fink. He notes that the enterprise vendor market is growing and now includes established firms like Microsoft and PTC; large consultancies including Deloitte, Accenture, and McKinsey; and startups with their own AR platforms like REFLEKT, Ubimax, Scope AR, Atheer, and Upskill.

AR is delivering significant value in areas such as training and remote help.

While the most common use cases may not seem particularly sexy, AR is currently delivering significant value in areas such as training and simulation, work instructions, remote assistance, inspection and repairs, and knowledge capture.

Global consumer goods manufacturer Unilever estimates that it will lose some 330 years of collective work and domain experience in just one of its European factories as its aging workforce retires. That loss of expertise in its plants ­– and lack of know-how among newer hires ­– can lead to costly downtime in its facilities.

The company began working with AR training and knowledge solutions provider ScopeAR, exploring ways to reduce that downtime with a live AR support application that allows technicians to collaborate with experts remotely. Users can share their view of a situation with a remote expert, and the AR maps work instructions and expert collaboration directly onto an object or area. Unilever says that it has seen a 50 percent reduction in downtime in facilities where the AR tools are in use, creating a direct ROI of 1,717 percent of the initial investment.

The wiring of an aircraft has always been a big pain point, both in production and during inspection, according to Paul Davies, a Boeing research & technology engineer. What’s more, it’s a process with no room for error. Historically, engineers would have to consult their 20-foot-long paper diagrams of the complex and detailed wiring requirements as they did their work. Not only was the process inefficient, but it was also almost impossible to do correctly the first time, resulting in significant rewiring work for each plane.

Historically, engineers would consult 20-foot-long paper diagrams as they did their work.

Today, some of those engineers instead put on Microsoft Hololens that display digital 3D writing diagrams directly on KC-46 tankers and 767 freighters they are wiring. Initial studies indicate that the AR approach results in a 90 percent improvement in first-time quality when compared to using two-dimensional information on the airplane, and cut the time required to do the wiring work by 30 percent. That saves millions of dollars per aircraft, the company says.

DHL was one of the first companies to explore AR back in 2014 and has recently expanded its “vision picking program” worldwide. The third-party logistics provider gives warehouse workers smartglasses (currently the latest version of Google Glass Enterprise Edition) which help them locate, scan, sort, and move inventory without using handheld scanners or referencing paper forms.

The integrated heads-up display overlays key parcel information within the company’s logistics hubs, scans barcodes, and relays instructions in real time. Workers using the glasses are 15 percent more productive, according to DHL. DHL has been progressively rolling them out to more of its warehouses around the world during the last few years, most recently expanding use to its internal express hubs in Brussels and Los Angeles, with plans to roll them out at airports in New York, Cincinnati, and Chicago. Looking ahead, DHL Supply Chain COO and CIO Markus Voss said the glasses could eventually be upgraded with object recognition.

Home improvement retailer Lowe’s has focused on one particular statistic that could be the key to its continued growth: 32 percent of home improvement projects are abandoned before they even start. That amounts to some $70 billion. In fact, it’s one of the problems the company’s Lowe’s Innovation Labs has dedicated itself to solving – and AR has proven a particularly valuable tool in developing new solutions. Lowe’s Vision Navigation app overlays turn-by-turn digital directions, enabling customers to navigate its stores more efficiently. Customers shopping for two or more items were able to find products two times faster than with self-navigation, and the AR app also help associates (particularly new ones) do the same.

Its Measured by Lowe’s app uses AR to turn smartphones into virtual tape measures for objects or distances within the camera’s view. Its Lowe’s 3D app, built by former game developers and designers, includes high-quality digital 3D versions of products so customers can view them in their space before purchasing. 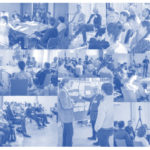 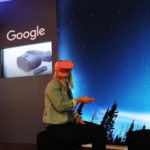