It was a week where Google faltered, and everyone shrugged. The world had already forgotten poor Daydream VR. At the end of this very same week Sony is launching a public prototype of its consumer AR headset. We did not see that coming, but we should not be surprised. Sony Playstation VR is the most popular platform, and taking prototypes to the public is something the company does every year at SXSW.

When Google fails, it ain’t no thing. RIP Google’s Daydream VR. Google’s Android VR headset, launched in 2016, never caught on like the Samsung Gear VR (also recently sunset), even though it offered similar 3DOF experiences. Daydream won’t be forward compatible with the company’s new Pixel phones, but Google says it will continue to support existing HMDs. We doff our caps. Remember cardboard? We should thank somebody for that, too. Google continues to be all-in for AR.

Sony AR Ghostbusters opens in Tokyo tomorrow. The experience is free, and runs through December 8th, but it is conducted exclusively in Japanese.  Sony is also using this prototype in a museum featuring ’60s style fashion and music, and an outdoor park painted with AR. Good embedded videos in this story. Worth a click. Playstation VR, still the most popular consumer VR system, just had its third birthday. To celebrate there are mad discounts in the Playstation store.

Ubisoft powers over 200 VR Escape Rooms to LBE venues around the world. Who knew? Ubisoft Escape Games Executive Producer Cyril Voiron gave a presentation at the XR Games Developer Conference earlier this week. This is a great example of technology taking a thing people are already doing and making it much, much better.

Within releases “Willowcrest Manor,” the sixth interactive story for Wonderscope, the augmented reality reading app for kids. In the spirit of the Halloween season, “Willowcrest Manor” allows for the sort of ghostly roleplay AR is so good at. iOs only <sniff>

Bohemia Interactive Simulations announced VBS4, a robust virtual training product with AR, VR, MR and desktop training capabilities for military simulations. The company counts among its clients the U.S. , Australia and the Netherlands. BISim’s VBS4 offers a massive change in modularity, openness and ease-of-use as well as the performance and terrain enhancing capability of BISim’s new engine, VBS Blue. It’s a first step towards a full cloud-enabled desktop training product enabling up to 250 concurrent users to train in the same simulation at the same time from anywhere in the world with zero latency. Check out the video.

Image Metrics brings its tech to developers with LUNAR SDK. Developers can now access the LUNAR cloud-based all-in-one platform which allows simultaneous planar tracking, image targeting and facial tracking and use it in their own apps. Companies can be up and running with LUNAR in as little as 48 hours. 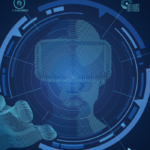 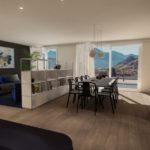