Remote Multi-User AR Is On The Rise

Online multiplayer could revolutionize how we interact in AR.

While VR makes you forget about the outside world, AR instead enhances reality by blending virtual elements with your real-world environment. It unites both realities in the most seamless and exciting way possible, allowing users to access one-of-a-kind immersive experiences using existing smartphone technology. You’re almost certainly aware of augmented reality and its application in games such as Pokemon Go!, Google Ingress, and The Walking Dead: Our World, titles which—over the past three years—have contributed heavily to the rise of location-based AR gaming. Almost halfway into 2019, we’re beginning to see the growth of a new feature in AR-based mobile gaming that further impact how we interact in AR: remote multiplayer functionality.

Gaming, business, communication, entertainment – remote multiplayer AR has the potential to breathe new life into a multitude of activities. Imagine a father away from home on a business trip being able to build an AR lego spaceship with his son, who is miles away at home; or a distributed team of engineers working on the schematics for an actual spaceship in an augmented meeting room. Two friends separated towns apart could even battle as virtual cyber raccoons in a deathmatch-style competition. The challenge with remote multiplayer AR is sharing the same AR experience within two different physical environments simultaneously in real-time. Thanks to continued advancements to both Google’s ARCore and Apple’s ARKit platforms, however, users with compatible smartphone devices could be seeing a lot more AR experiences with remote multiplayer AR functionality in the near future.

The introduction of the remote online multiuser feature is what makes AR so fascinating to experience and so complex to develop. The technical side is a bit more challenging than in VR where online multiplayer is nothing new. Indeed, in VR there is no such difficulty with tracking the surrounding space: all the scenes are predefined which makes VR multiplayer very similar to conventional PC and mobile-based multiplayer.

In AR you have to build the scene, taking into account the parameters of each player’s physical environment (one playing on a football field, another — in a living room). This can make it difficult to match users, as you must first make sure their scenes can be built and merged correctly to allow for accurate interactions. The more users you have playing with each other simultaneously, the more complex it gets.

Despite these inherent difficulties, more developers than ever have begun experimenting with the implementation of this functionality in their personal applications. In terms of universal compatibility between devices, WATTY Technology is leading the way with their WATTY Remote / WATTY Ghost Mode technology. This London-based multiuser AR technology company has already announced its upcoming AR-based ping-pong application, AR Ping Pong—in which players from around the globe compete with one another in real-time table tennis matches— as well as Dance Battle, a music-based experience that has players duking it out for the honor of “Best Twerk.”

If you want to get into early access, leave your email below in the comments to receive an invitation.

Vlad Vodolazov, Co-Founder and CTO of WATTY explains why ping-pong is the best way to demonstrate the potential and interactivity of remote online multiuser AR: “Table tennis is a fast-paced game and it brings out different sides of this technology like matchmaking and lag compensation techniques. From a gaming perspective, this is a timeless classic reimagined as an immersive uninterrupted AR experience — anyone can recall playing ping-pong at some point of their lives”.

With its AR Ping-Pong, Watty gives a fiery start to the remote online multiuser concept. The company is working on business cases to make AR more useful and fun, aiming at turning the mundane and routine into entertainment. “Bringing remote online multiuser AR experiences to daily activities such as grocery shopping, sports, and social interactions will certainly improve the way we live and work today”, states Vlad Vodolazov.

I for one can’t wait for the day there’s a remote AR app that finally turns the chore of shopping into a thrilling multiplayer experience. 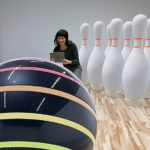 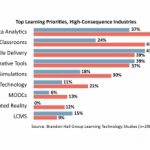