Amazon Will Pay You to Help Develop Its Augmented Reality System, No Skills Required

Many of us know that you can make a few bucks from Amazon by helping the company sell its wide array of products, but now there’s a very different way to make a buck with the company, and it involves 3D technology.

The „Amazon Real World Image Study“ is a new, limited time program based in New York City that asks the public to submit themselves to full body 3D scanning for Amazon’s research and get paid in the process.

The Body Labs team, a New York-based startup acquired by Amazon in 2017, is conducting the program. The company’s work revolves around artificial intelligence, computer vision, and body modeling.

Back when the company was independent, it described a process of capturing a photographic image of a person and then transforming that image into a 3D model of the person. That 3D data could then, based one part of the company’s vision, be used for things such as fitting clothing to a person’s body shape.

That vision fits in perfectly with Amazon’s goal of allowing online shoppers to more accurately purchase items that fit by using augmented reality in the same way that the company has begun using AR to allow you to place items in your home before clicking the buy button.

And beyond the realm of smartphone apps, there’s also a possibility that this research program will also help to train Amazon’s Echo Look device.

The $99 device, which was released in 2018, helps users determine whether or not a particular outfit looks good by combining the device’s depth camera with machine learning (along with advice from fashion experts) via the Style Check feature on the Echo Look.

In return for submitting yourself to Amazon’s body scan, you’ll get a $25 Amazon gift card. The process takes around 30 minutes and will require those involved to change into form-fitting clothing provided by Amazon.

The location is in one of the tourist centers of New York (Union Square at 37 East 18th street), so the crowds looking to snag a bit of free Amazon cash are likely to be massive. But if you’re interested, time is wasting, as the research program ends in June. 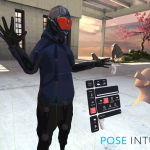 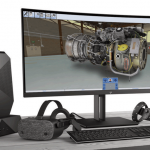