The new design will be made available later this year. Before HP released its Windows Mixed Reality head-mounted display (HMD) the computer hardware manufacturer supported the location-based entertainment (LBE) industry with the creation of the HP Z VR Backpack, offering wireless free-roaming for VR arcades. Today, the company has announced a range of new products including a new and improved Backpack PC.

Now simply called the HP VR Backpack G2, it has been specifically designed to tackle VR engines like Unreal and Unity, providing improved shading and framerate support for more natural rending. This is thanks to a 30% performance boost, including a 25% graphical improvement over the previous generation, HP claims.

The HP VR Backpack G2 will feature an 8th Generation Intel Core i7-8850H processor with a maximum 32 GB DDR4-2666 memory. Storage ranges from 256 GB up to 1 TB SSD with an NVIDIA GeForce RTX 2080 (8 GB GDDR) built-in. Just like the previous version, there are hot-swappable batteries (the designed has been improved to make it easier) and a docking station for immediate transfer to a standardised PC format.

The new HP VR Backpack G2 will be available Summer 2019. No price has yet been announced for the device but as an enterprise-focused product don’t expect it to be cheap – the previous HP Z VR Backpack retailed for $3,299 USD.

As for HP’s other core VR product, the HP Reverb headset, the news has gone a little quiet. The Pro Edition for business use launched on 6th May in the US, but at the time of writing the website lists the device as out of stock. There hasn’t been any listing on the UK site for the HP Reverb Pro Edition and the consumer version is nowhere in sight. An official statement purporting to be from HP on Reddit claims production was put on hold as: ‘we found something we didn’t like’, without going into further detail. 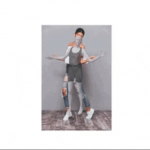 Amazon Will Pay You to Help Develop Its Augmented Reality System, No Skills Required 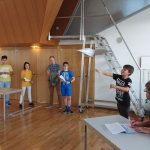