Orange flames surge up from a trash can in the corner of the lab. Smoke builds in the room. Thankfully, a thick stream of water from a firehose sprays at the can.

But the hose doesn’t stay on the fire. It circles around the lab in a dizzying spin. Now spraying this way, now spraying that. Now facing the ceiling; now facing the floor. The fire continues to burn and the smoke increases.

Not to worry. It’s not real.

The endangered lab is on a computer screen in the basement of the SimCenter, part of a research project in the Department of Computer Science.

The goal is to create virtual-reality environments that help train firefighters to handle the different, dangerous scenarios they may encounter in the real world.

“In the virtual environment, we can simulate all kinds of situations,” says Li Yang, assistant dean for the College of Engineering and Computer Science and lead researcher in the project. “For example, there are different kinds of chemicals and they have a different burning rate. Also different scenarios, it can be an apartment, it can be in a subway; it can be in some of the complex, office buildings.”

Sensors will tell firefighters where the fire is located, the surrounding air temperature, even information such as how long they should stay in an area before they’re risking their safety.

“We have seen the disaster management and fire is one of the hazards that we have to deal with because it will lead to a lot of loss of lives,” Yang says. “We want to help from the technology point of view.”

Currently, the faculty researchers—Yang, Dalei Wu, Yu Liang —and their students are in the development stage of the project, which includes writing computer code for the virtual-reality program and testing it in the lab. Yang says she is reading firefighter training manuals to get a better grasp of what the program needs to make it realistic.

Firefighters themselves have not yet strapped on the virtual-reality goggles, but that’s the ultimate intent.

The team also is working with Jim Gault, chief deputy of Waldens Ridge Emergency Service, who brings his experience and expertise to the project, offering guidance and making suggestions. The research team visited one of the service’s fire stations to see how it operated, “so that they could come back and put that into the virtual reality world,” he says.

The virtual-reality program “has the potential to change the fire services across the country and across the world,” Gault says.

“As budgets are decreased and dollars for training are decreased, the training with the virtual-reality augmentation will allow firefighters to be educated and trained in a virtual reality atmosphere, and it can be done at their own pace. It’s a computer-based learning technology.

At one time, training for firefighters involved live exercises such as setting fire to a structure and battling the blaze. But that has drawbacks.

“A burning building is expensive; the training is expensive,” Yang explains. “There are also some potential hazards to the firefighters, like some of the air conditions and the temperatures. For a new person, it’s very hard to react and adapt and to keep them safe.”

“I don’t think there will ever be a substitute for a live fire exercise,” he continues. “The difficulty is there are more and more standards and more and more regulations handed down by multiple agencies that make it so difficult.

“I think a lot of departments, a lot of training staffs, shy away from doing a live fire now because of all of those requirements. That will make this virtual reality world even more valuable as that kind of goes away.”

“It is concentrating on that quick evaluation of the scene, of the conditions in the fire room, and then putting together that solution package. It’s problem-solving. It’s critical thinking. What conditions am I faced with, and what equipment do I have that can solve that problem?

“And, of course, if they do the wrong thing, then there are consequences in the program, just as there are in real life.” 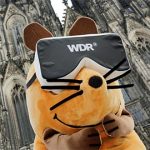 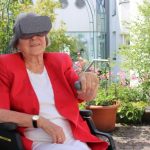