How Spatial, Exclusible, and Polycount approach NFTs and the metaverse.

Spatial doesn’t sell NFTs. But, since it pivoted out of enterprise last year, it’s become a meeting place for NFT enthusiasts and even a gallery for their works. So the company is working with an NFT outfit, Exclusible, to offer that flavor.

That’s not all. Recent (and impending) updates to Spatial’s platform are also giving more social tools and interaction options. To learn more, we talked with representatives of both Spatial and Exclusible.

Spatial started life in 2016 as an enterprise platform. When ARPost first met Spatial a few years after that, enterprise was still their bread and butter. During this period, the company became aware of a design studio called M2 Studio (now known as Polycount) which specializes in designing and selling immersive environments.

Meanwhile, Exclusible is in the business of selling NFT luxury goods. However, their NFTs don’t have to be one-to-one. A lot of their projects use the replicable nature of digital goods to make premium digital items available to a large number of buyers at a lower price. This connected with Spatial when members of the two companies met at a conference.

“At that time, people were uncomfortable with the idea that we weren’t selling land,” said Loewenstein. “[Exclusible wasn’t] trying to sell one space for a million dollars, they were trying to sell something that a lot of users could afford.”

Lowenstein recommended Polycount to Exclusible for help with virtual environments. Exclusible reached out, and the two clicked. Exclusible’s Metaverse Analyst, Hugo Gesbert, took the story from there:

“After a few internal discussions, we decided to acquire the full Polycount studio because we thought it could be very beneficial for our clients to have the full ability to develop in-house,” said Gesbert. “When we’re building a metaverse experience, it’s all about how we’re going to make it useful. This is where Polycount is bringing their expertise.”

The Road So Far

Late last year, Spatial officially pivoted to serve the NFT and cultural community. This has meant more rather than less work with custom space designers. A company looking to have remote meetings is more likely to be happy with a copy-and-paste space than an artist or gallery is.

“When you want to do something no one has seen before, the experience needs to be bespoke and custom almost by definition,” said Lowenstein.

Spatial, Exclusible, and Polycount have worked together on a number of activations including the first film premiere in VR, and a more recent collection of virtual penthouses. The penthouses can be used as they are, or used as templates that are modified or otherwise “reskinned” to fit the owner or the event.

“The latest topic that we’re dealing with is how to define the metaverse as also a product,” said Exclusible’s NFTs and Metaverse Marketing Manager Sara Teixeira.

The next step on the journey together in part formalizes their ongoing professional relationship.

“We’re honored to formalize a long-term relationship with the Exclusible team to create extravagant and design-led spaces for any individual or brand to experience a slice of luxury in the metaverse,” Spatial co-founder and Chief Product Officer, Jinha Lee, said in a release shared with ARPost.

About a year ago, a virtual yacht sold for over half-a-million dollars worth of Ethereum. While some metaverse pundits described it as an illustration of how digital objects can have most real-world value, most commentators found the event laughable largely because the artifact itself has been described as “comically hideous.”

So, the decision of Polycount, Exclusible, and Spatial to christen their now-official relationship with virtual yachts and beach houses might be questionable. Except, of course, for a few key differences in tact.

First, as was pointed out above, these aren’t one-to-one products with unnecessary scarcity driving up the price. We don’t have numbers on how many of these sites will be available and at what price, but we anticipate that they will be made en masse and sold at a price that reflects that.

Second, we’ve seen the kinds of environments that this team makes and they are anything but “Minecraft-esque” as the previously-mentioned virtual yacht had been described. These are environments that took lots of time, a large team, and plenty of expertise to execute. Again, the price reflects this but these are luxury items because of their beauty and complexity, not their artificial scarcity.

Finally, one of the largest questions about last year’s virtual yacht was “who wants this?” This initiative was inspired by user feedback collected by both the Exclusible and the Spatial communities. These are environments that users have explicitly asked for.

Partnerships and locations aside, Spatial is in the midst of a major redesign – perhaps the biggest since their market pivot almost a year ago. These are also inspired by user feedback.

For one, the website is being redesigned to promote the discoverability of spaces. How spaces are ranked for discovery is also now a direct reflection of how many visits and how many positive user responses those spaces have received.

Further, users are getting their own profiles that can be used for more than just logging in. Users can also now follow one another, whether that be friends that they already know, or some of their favorite world builders.

Soak Up the Virtual Sun

When people plow ahead making NFTs for the sake of NFTs, they usually create more problems than products. But, companies like Spatial are working with experts in the space as well as members of their own communities to incorporate elements of the NFT world in a way that is responsive to users and responsible in the market. 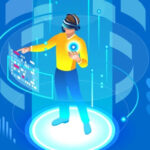 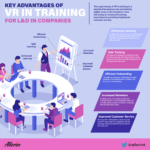