Tim Cook says AR & VR will be revolutionary, but the public will need education

Apple CEO Tim Cook has been traveling around Europe and spoke about his thoughts on augmented reality, saying it will be profound but that virtual reality only has some specific uses.

Cook spoke about augmented reality in a recent interview with Dutch news outlet Bright, saying how important it will be in the future.

„I think AR is a profound technology that will affect everything,“ he said. „Imagine suddenly being able to teach with AR and demonstrate things that way. Or medically, and so on. Like I said, we are really going to look back and think about how we once lived without AR.“

He also believes that virtual reality has specific uses but shouldn’t make up a person’s entire life, as advocates of the „metaverse“ seem to be looking for.

„I always think it’s important that people understand what something is. And I’m really not sure the average person can tell you what the metaverse is,“ Cook said. „It’s something you can really immerse yourself in. And that can be used in a good way. But I don’t think you want to live your whole life that way.“

Programming as a universal language

Over the years, Apple has launched various initiatives to help educators bring programming into classrooms for all ages, such as its Everyone Can Code program.

The European Union has been drafting a law to make USB-C a standard port for all smartphones, which would force Apple to include one for its iPhone.

While Cook didn’t address that topic, he did comment on politics in general.

„The more barriers you put on something, the less innovative it can be,“ Cook said. „So you have to ask yourself if what you’re asking for is really worth it. But I also think there are plenty of really smart politicians out there who understand things just fine. And the role of the electorate in a democracy is to elect people who prefer to see them as representatives.“

He ended the trip in Naples, Italy, receiving an honorary degree in Innovation and International Management by the Federico II University.

The full interview can be found on Bright’s website. 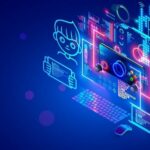 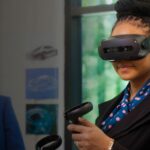