In the not-so-distant future, logging into a clunky computer program or—gasp!—attending in-person sessions to complete workplace training will be a thing of the past, replaced by fully immersive modules powered by virtual reality technology.

That high-tech future has already arrived for some doctors, thanks to PrecisionOS’ VR software. The programs place surgeons in the virtual operating room, allowing them to either practice new procedures or map out a scheduled surgery before it begins.

Now, that virtual world will be equipped with Siemens Healthineers’ technology, as the German medtech giant joined forces with PrecisionOS to offer VR-based training for some of its imaging machines, the companies announced this week.

The new modules will allow surgeons and other OR technicians to practice using Siemens’ Cios Spin, a mobile C-arm machine that generates both 2D and 3D X-ray images throughout a surgical procedure.

Using PrecisionOS’ technology—which is installed on Oculus VR headsets—surgeons and technicians will be able to complete practice sessions using the Cios Spin machine together, giving them the chance to share their expertise with one another and improve their collaboration in the operating room. That, in turn, will lead to “better patient care and improved OR safety,” according to PrecisionOS CEO Danny Goel, M.D.

For example, a case study published last year described how using one of PrecisionOS’ virtual training modules helped a surgeon perform a slipped capital femoral epiphysis surgery that another surgeon had failed to complete twice before. Not only was the third, VR-trained attempt successful, but it also used 10 times less radiation than the first two attempts.

“PrecisionOS’ VR software allows for surgeons to practice and behave authentically as well as collaboratively in a hyper-realistic environment,” said Janine Weidling, Siemens’ global head of education services in advanced therapies. “This increases the quality of procedure- and imaging-related skills for the users and provides them with more certainty, especially in demanding surgical cases.”

The team-up with Siemens comes shortly after PrecisionOS locked down FDA clearance for its core surgical planning tool.

The regulatory win arrived late last year for the InVisionOS system. It generates 3D reconstructions of patients’ actual CT scans, which surgeons can then explore in virtual reality using an Oculus Quest 2 headset, zooming in on and manipulating the image to plot out how they’ll perform a scheduled procedure.

Though the program was initially designed to help plan orthopedic surgeries including shoulder, spine, hip and knee arthroplasties and knee arthroscopies, PrecisionOS is in the process of expanding the technology into general surgery. To start, a recent partnershipwith Medtronic Saudi Arabia has the pair bringing VR training to highly complex sleeve gastrectomy procedures. 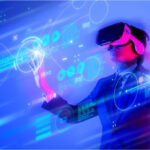 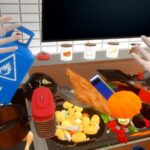