Cooking Simulator VR is coming to Meta Quest 2, releasing next week on July 28.

Following on from the PC VR release last year, the Quest 2 version will be available for $24.99 on the Oculus Store — original Quest not supported. The PC VR version won Steam’s VR Game of the Year award last year, and in our review we called it “a frantic celebration of VR realism and chaos.”

Developers Gameboom VR announced the news on Reddit, alongside a trailer (embedded above) and an AMA with the developers. In a comment,  Gameboom VR said that the team “took a lot of effort to make sure that the Meta Quest 2 version of the game features all the mechanics (explosions and fires included!) known from the PCVR version and has comparable visuals.” Gameboom wrote that they “rewrote the game code” and the Quest 2 version runs at a “stable 72fps” on the standalone headset.

Alongside optimizations for Quest, Gameboom said that the PC VR version of Cooking Simulator “should also receive major changes to the physics in the next update, which will improve the performance.”

There’s also plans to update the game with free content over time, with potentially some DLC for both Quest and PC VR. Before the PC VR port, Cooking Simulator originally released as a flatscreen game in 2019 for PC and consoles, with its own DLC releases adding new content and expansions. One user on Reddit asked if any of that DLC will come to VR. Gameboom confirmed that “one of the bigger DLCs” will be ported to VR, but wouldn’t confirm which one just yet.

Cooking Simulator VR is available to wishlist on Quest 2 now. 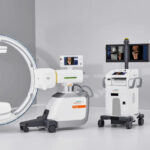 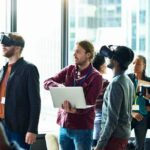 VR For Education: How The World Already Changes Its Approach To Training