A port of the game has appeared in the Coming Soon section of the Quest store and is named Thief Simulator VR – Greenview Street. Check out a trailer for the experience at this link.

Thief Simulator is focused on non-violent stealth. You break into buildings using a variety of skills like lockpicking or just straight up smashing in doors and windows. You’ll be able to bag items and make a hasty escape, but the game doesn’t feature any form of combat; get spotted by the cops and it’s game over.

To help you on your way you’ll have character progression with a skill tree and new equipment to unlock. Levels are intended to be wide and open so that you can take multiple paths to your objective, too.

Over on developer 3R Games’ website the studio explains that Greenview Street will feature a lot of optimizations to bring the game to Quest, including foveated rendering and changes to car AI and weather. What’s not clear, however, is if the new title means the game will differ in actual content. We have seen titles like Blade & Sorcery: Nomad or Green Hell VR offer streamlined versions of the PC VR original in the past, for example.

Currently, there’s no release date for this version of the game. Would you want to experience Thief Simulator VR on Quest? Let us know in the comments below! 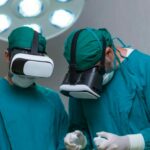 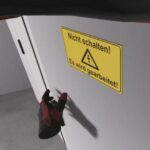