Last Friday, Zoom announced an alliance with Microsoft Teams to enable users to receive cross-platform calls and share meeting data between the services without requiring extra licenses or third-party assistance.

Sameer Raje, the General Manager and Head, India and SAARC at Zoom, said:

The world today is more about technology. The collaboration will continue and evolve and new technologies such as AI/VR are going to come in and this will be enhanced.

The general manager also noted that Zoom can enhance collaboration across sectors “such as BFSI, pharma, and education.”

Additionally, Zoom is debuting Room Colltroller, a sister smartphone application that allows a meeting host to stop and start recordings without disrupting an ongoing video conference.

Zoom, which employs over 6,000 people globally, is planning to hire more employees in India. India’s extended reality (XR) sector is growing expeditionary, with firms like JioGlass developing home-grown talent. Also, Microsoft and Accenture are guiding Indian technology firms to establish an XR presence in the region.

Last year, Microsoft introduced Mesh, a component of its Azure service that enables workers to collaborate within an immersive VR space with entirely digitised avatars.

Additionally, during this week’s LIVE 2022 event by Cisco, the firm is introducing 3D Frame, a new tool for its Webex Meetings platform. 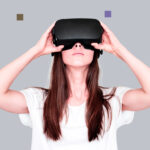 VR training is the future. Here’s why, and how companies are using it 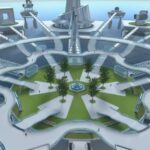