Meta announced earlier this week it would eventually allow creators to sell items on its social VR platform, Horizon Worlds, adding that the company would take around 50% of revenue as its cut. Meta CTO Andrew Bosworth now says however Horizon Worlds is also getting a web-based version at some point which will feature lower creator fees.

Horizon Worlds is currently only available to Quest users in the US and Canada, although the company seems to be gearing up to expand with the announcement of a web-based version of the metaverse platform. For now, Horizon Worlds lets Quest users to chat and play mini-games, but the company is also nudging developers to build their own games, experiences, and items—all of it sellable on a future marketplace.

According to Bosworth, the platform fee for the web-based version of Horizon Worlds will only be 25%, which is a significant difference from the 47.5% fee previously announced for the VR version.

Speaking to The Verge, Meta VP of Horizon Vivek Sharma revealed its also working on bringing Horizon to mobile phones at some point later this year, and is currently in talks around releasing on game consoles too—two big steps in growing its userbase beyond the Quest platform.

Bosworth says the 25% platform fee will also be applied to other platforms beyond the web-based version, albeit after Apple/Google/Whoever takes their cut. Like on the Meta platform for Quest, that works out to (depending on the platform) more or less an effective rate of 47.5% of anything sold on Horizon Worlds to Meta, leaving 52.5% to the creator.

Meta’s Horizon Worlds is undoubtedly headed into competition with Roblox, but it’s clearly eyeing other successful VR social platforms such as VRChat and Rec Room too, the latter of which announced last week that it had hit three million monthly active VR users—yes, VR users.

Granted, Rec Room, which is available on basically every console and mobile platform now, says its VR userbase is a “pretty low percentage” of overall active players—something that Meta likely also suspects as it marches ever closer to its goal of establishing its post-Facebook metaverse presence. 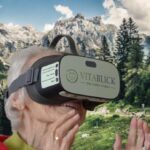 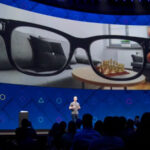