Everyone watches for the VR headset and AR glasses launches. But who watches the components? A number of optics manufacturers have made big announcements recently and, while those announcements will only be of immediate interest to hardware manufacturers and developers, these are things that will make their way to consumers in the form of other products.

Lumus is a pioneering manufacturer of waveguide displays. Right now, they primarily deal with military and enterprise-focused companies including ThirdEye, and Lenovo. While most of the current AR headset market is in military and enterprise, technologies developed for these markets have a way of finding their way to consumers. Lumus is no different.

“When it comes to consumer glasses, it’s going to be waveguides because that’s the lightest and the smallest display,” Lumus VP of Marketing, David Goldman, told ARPost in a February interview. “If we’re actually going to call this technology ‘wearable,’ you have to be willing to go out on the street wearing it.”

The company recently announced two new optical engines in a release shared with ARPost “to meet the immediate and growing mass-market demand created by the eagerly awaited metaverse.” As a components manufacturer, Lumus is able to announce its optics before announcing which products will use them, but we can take a peek.

Both models expand on the Maximus line specifically designed “to meet specific customer demands for mass production of AR glasses that will be priced for the consumer market.” This two-pronged expansion follows the initial Maximus release about a year and a half ago.

The 1080P has a 40-degree field of view (FOV), 1080p resolution, 16:9 aspect ratio, and is capable of generating over 4K nits of light. That’s a smaller FOV than the original Maximus, but with greater brightness. These brighter displays are optimized for use out of doors which, according to the Lumus team, is another must-have in a consumer device.

The 14402P has a wider FOV at 50 degrees, greater resolution at 14402 pixels, and a 1:1 aspect ratio. The display is slightly dimmer at closer to 3K nits. That’s closer to the display of the original Maximus model.

“Expanding our Maximus product family today reflects the increasing demand for a diverse range of specifications for AR wearables that will enhance the user experience,” Lumus CEO, Ari Grobman, said in the release. “That’s why Lumus is introducing singular products with different microdisplays, aspect ratios, and fields-of-view.”

With the $50M closing of their Series D funding round, led by Samsung Ventures, announced in a release shared with ARPost, modular developer AR glasses maker DigiLens is now worth over $530M.

“This series D round demonstrates our strong strategic foundation in the emerging XR sector. Our diverse set of partners from multiple different industries and backgrounds is taking another step to separate DigiLens from everyone else,” DigiLens CEO, Chris Pickett, said in the release.

Among other aspirations, the company intends to use these funds in the ongoing development of its own line of waveguide optics displays. Like Lumus, DigiLens also has an eye on eventual consumer markets.

“DigiLens has a scalable and cost-effective optics offering ready today, and with the promise we have seen with our next generation waveguide technologies, we’re set to provide the needed wide field of view and thin optical solutions of tomorrow,” DigiLens SVP of Optical Engineering, Alastair Grant, said in the release.

Updating the display technology has always been part of the plan, as Picket touched on it when he spoke with ARPost in May following the launch of their Design v1 developer glasses. This is one of the components that factor heavily into the modular design of the device.

“Every month we can send [developers] new waveguides displays that are better in some material way, and they can click off the old one and change it,” Picket said. “We can update every month and that’s what it’s going to take.”

Optics Are Taking Off

AR glasses are getting closer every day, with new and developing use cases around every corner in industry, and the first consumer AR glasses on the market as of late last year. In order to augment reality, these devices need optical engines, and development in this space is just as thrilling as any other corner of the massive XR industry. 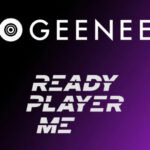 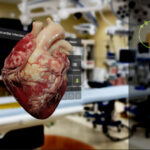