How Virtual Reality is Transforming Military?

While Virtual Reality has been associated with military and defense for a few years now, not everyone is completely aware of its contributions. According to statistics, the military systems of more than 75 countries in the world have been enhanced courtesy of VR technology.

The first military-related VR project was developed around 1960 for a combat system. It was said to be adopted by the army, navy, and air force services for training purposes. Over the years, however, VR has become an increasingly powerful tool in the military domain by supporting other use cases.

In this blog post, we will discuss some of the important use cases of VR technology in military training and other purposes.

Here are the top 4 use cases of VR in the Military:

VR is a technology that often helps military contingents in training exercises that are complex, rare, and hold plenty of risk in real life. With VR training simulations, military rosters can enhance their combat skills seamlessly.

This program works with small units or even single soldiers simulating real military vehicles and combat environments through a headset. They are placed in a fully immersive setting that makes them feel like engaging in actual weapon combat.

For instance, a military soldier can enter a flight in an alternate world replicating a battlefield for advanced pilot training. In this immersive setting, all of the user’s senses respond to whatever the simulation projects. It allows them to react a certain way in certain situations.

Many more similar situations can be created with other automobiles that are involved in military ammunition. The troops are better prepared to combat real-life situations courtesy of this training.

The second important use case also is majorly related to training simulations. Conventional military training regimes are known to be expensive and time-consuming.

Both these factors can be addressed by using VR technology. If you are wondering how it helps soldiers recreate all situations they want without placing themselves in danger.

VR helps them with decision-making and tactics significantly in a real combat situation. The real battlefield environment in VR provides an engaging experience to the users while also giving them a real taste of the situation.

3. Maintenance and Optimization of Defense Equipment

The core of defense equipment comprises systems like aircraft, spacecraft, naval ships, etc. In times where technology is used for optimizing these systems, VR is the perfect tech to optimize this type of equipment.

Let us assume the military regiment comprises vehicles that are used in foreign climatic conditions. It is highly essential for the systems to be optimized and for them to adapt to varying environments. With the help of VR, the troops can have trail runs to check the stability of each system.

Without a doubt, VR has changed the way military products are designed and produced. Here is how the process is being carried out with VR integration.

VR accelerates product development for new weapons and military installations while also increasing their overall quality. This is possible because of the immersive visuals that give manufacturers a clear idea.

This strategy is very useful when large-scale products like an aircraft, a tanker, or a ship are being manufactured.

Collaborating is important in almost every industry these days. The military domain is no different. Especially when it involves training, weapon designing, and creating combat simulations.

Coordinating these processes is pivotal to making all the use cases relevant. Other than this, VR also helps in active collaborations during military missions. It helps retrieve data from a given location without having to physically go there.

This use case opens up several new possibilities to conduct secret operations in hostile territory. It allows the users to tamper with the sensors while being placed in a realistic setting. Since this setting is majorly virtual, there are seldom any dangers associated with it.

VR in the military has been a major trend and Sapizon consists of an expert team to create captivating apps for training purposes. We have delivered 150+ successful projects for our clients in very little which makes us a highly reputed and reliable organization. 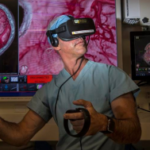 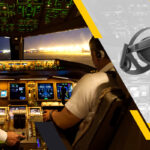