The introduction of immersive technologies in the form of virtual reality (VR) and augmented reality (AR) that will allow learners to interact with simulated objects and environments to experience virtual field trips, explore physical spaces or undergo training through simulated laboratory exercises is the way forward, some institutions believe.

According to Dr Jonathan Louw, the Honoris United Universities group chief executive officer, the group with a network of campuses will be introducing immersive technology platforms at two of the pan-African private higher education network’s institutions in Morocco, the School of Architecture of Casablanca, and the Moroccan School of Engineering Sciences.

It will then be rolled out to the other colleges and campuses of the group in Africa and beyond.

“Honoris institutions are in the process of developing sustainable academic models that will not just increase our footprint in hybrid learning and teaching but are future-oriented and employability-focused,” Louw told University World News.

Towards this ambition, Honoris has established a partnership with EON Reality, a Silicon Valley firm that specialises in providing academic and industry knowledge through VR/AR solutions.

The company will provide the two Moroccan institutions with ON-XR, an app that is loaded with features that support devices like mobile phones, head-mounted displays and large-scale digital screens for conducting remote learning and training in a hands-on, immersive environment.

According to Dan Lejerskar, the founder and chairman of EON Reality, extended reality (XR) covers allied technologies that enhance the senses, whether by providing additional information about the actual world or creating simulated worlds to increase learning impact.

In a statement announcing the partnership, EON Reality said the Honoris campuses in Morocco are EON Reality’s latest stops in its expansion into Europe, the Middle East and Africa.

Highlighting the success of the partnership, EON Reality thinks extended reality technologies are the future of remote learning as they make learning more interesting. Engaging students in enjoyable learning experiences increases their motivation.

“Higher education is undergoing a fundamental reorganisation with a pivot towards new technology-based learning methods that accelerate and improve skills acquisition,” Filali said.

No consensus about benefits

But academics are sharply divided about the actual value of immersive technologies in learning, although that technology had been there since the first digital VR system appeared in 1966 in the form of a flight simulator for the United States Air Force.

In a 2019 study supporting immersive technologies, Dr Noureddine Elmqaddem of the School of Information Sciences in Morocco argues that, although AR/VR are not fully integrated into education, recent hardware and software improvements show that, soon, they will be reliable education delivery tools.

He said that, since 2014, virtual reality dedicated to the public has been boosted by the arrival of helmets that are both more efficient and affordable.

“The value of adopting VR/AR in education is related to the fact that this technology can improve and facilitate learning,” Elmqaddem said. AR and VR promise new teaching and learning models that better meet the needs of 21st-century learners.

But not all academics are optimistic about the future of VR being integrated fully in education.

According to Dr Sam Kavanagh and three associates at the department of computer science at the University of Auckland in New Zealand, the suitability of VR technologies as an alternative medium for non-specialised digital education should be investigated further.

In the study ‘A systematic review of virtual reality in education’, Kavanagh and his fellow researchers reviewed 379 publications on the subject published between 2010 and 2017.

While there were many cross-cutting issues, the researchers said students quoted in the papers analysed frequently reported a lack of realism provided by the educational VR implementations. This could potentially detract from the learning experience.

The Kavanagh team also raised the issue of the costs associated with the purchase of the initial hardware and software.

While this might decrease with time, the team said available VR/AR systems are not complete devices and will frequently require expensive peripheral accessories.

But there are indications that, despite the projected high costs of the VR/AR systems, immersive technologies are here to stay and are already making inroads in virtual and physical classrooms.

Although virtual reality is mostly related to the entertainment industry such as gaming, in recent years, this technology has entered training in healthcare, engineering, architecture, creative arts and design, and tourism studies, among other areas, according to Melany Rosencwaig of the school of communication at the University of Miami in the US.

In a study conducted in November 2020, she argued that the global concept and the vision of education has become broader and, in that sense, immersive technologies can be used not to detach but to enrich the existing educational systems.

But how fast that can happen is another issue as it had been difficult to convince many people to recognise the benefits of virtual reality in learning, even in developed countries.

Africa not ready yet

“Part of the reason is that many people worldwide do not see the true potential of immersive technologies, as they are typically stereotyped as a gaming experience,” Rosencwaig said.

In this regard, introducing VR/AR in their teaching and learning models, Honoris has taken a bold step of accepting the future of technology in education in Africa, as it is the first major learning institution to introduce immersive learning and teaching modes in non-specialised digital education.

According to Filali, Honoris is committed to investing in academic innovation and exploring new methods of delivery with a strong focus on student success, a factor that was propelled by the COVID-19 pandemic restrictions that forced universities to adapt to different remote learning strategies.

What is not clear yet is whether tertiary institutions in many African countries will be able to introduce immersive technologies outside digital design and specialised creative arts disciplines.

When transitioning to remote learning became inevitable, many students encountered problems as they did not own decent laptops, or smartphones, to enable them to access learning.

In this regard, problems pertaining to cost are likely to remain a major drawback to introducing VR/AR in African universities rather than the question as to whether those technologies can transfer knowledge better than traditional learning modes. 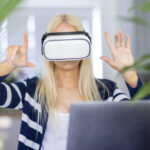 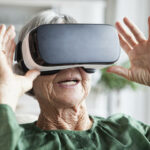