As part of Facebook Connect, we’re excited to announce that the MURAL® platform is coming to Oculus Quest 2, bringing visual collaboration to virtual reality. MURAL will be among the first 2D productivity apps available in the Oculus Store. Imagine accessing the MURAL app from the new workspace in your Home environment on Quest 2 to jump into a team brainstorming session or review the output of a recent collaborative planning session from inside of VR.

“One of the benefits of virtual reality is being able to remove the physical constraints of the hardware we use. MURAL’s visual thinking canvas is ideally suited for being as large as possible, which will be transformative for collaboration,” shared Steve Schofield, who leads MURAL Labs. “It’s been easy to take our existing web client and bundle it for the Oculus platform. I’m looking forward to seeing how members take advantage of MURAL in the world of virtual reality.”

Steve will share more insights into the intersection of visual collaboration and virtual reality in the Facebook Connect session, Getting Stuff Done in VR: Bringing Productivity to Oculus.

The way we work has changed forever and distributed teams are here to stay. MURAL provides a space for teams to collaborate visually with an easy-to-use digital canvas where everyone can contribute equally no matter where they are located. We believe that virtual reality can further connect teams across the globe so they can imagine solutions to the thorniest business challenges. With the MURAL app for Oculus Quest 2, we’re exploring how visual collaboration can extend beyond the limitations of the computer monitor to better connect teams and provide the freedom to innovate from anywhere.

The state-of-the-art in virtual reality has evolved leaps and bounds over the early technology, providing a more life-like and compelling experience. Now, with virtual reality, you can experience the feeling of being in a conference room on the verge of collectively finding the solution to a big challenge but without needing to physically be together. Working in VR offers the benefit of not needing to hastily snap a photo of the whiteboard and transcribe its contents into a project plan. MURAL in virtual reality will provide the best of the digital world with the connectivity of being in the office together.

MURAL is perfectly suited to take advantage of the benefits of working in VR:

Using MURAL in virtual reality can make collaboration more playful and imaginative, and unlock the power of visual thinking in new and compelling ways. We’re excited to see how visual collaboration takes off in this new world.

Learn more about MURAL’s vision for virtual reality from Steve Schofield, who leads MURAL Labs, in the Facebook Connect session, Getting Stuff Done in VR: Bringing Productivity to Oculus. 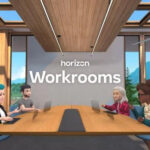 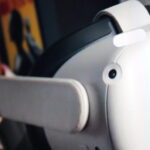