Media Fusion, LLC, a provider of media production and support services to federal and commercial customers in the US, has recently been awarded a contract by the US Department of the Interior for the development of an augmented reality (AR) app experience for the country’s National Park Service (NPS).

As part of the contract, Media Fusion will develop a framework for the NPS App’s AR capabilities, which will allow US national parks to add content, such as AR features, to enhance visitors’ experience. The company noted that has also been involved in the back-end development for the NPS website, as well as design for the current NPS App.

According Media Fusion, the statement of work for the NPS App calls for two different use cases:

As part of the process, Media Fusion will pilot both use cases with different parks. Once the pilot is demonstrated to be a viable working product, the technology will integrate into the existing NPS data structure and parks will then be able to create and use their own AR experiences. These experiences and content would be generated by individual parks too, according to the company.

Media Fusion’s first major public-facing, device-based AR project launched in 2014 when the company created a 3D AR experience for NASA’s Space Launch System (SLS) – shown above. Users could make the SLS rocket “appear” in their environment using the NASA logo as the marker on their screen. Since then, Media Fusion has developed several AR projects for multiple government and corporate clients. The company added that it uses AR and VR (virtual reality) for everything from on-the-job training, to brand awareness, and product sales and marketing.

“Our focus is always telling a story—usually involving very technical details or requiring complex development. We nail down the story and then choose the technology that best allows the client to share that story. Sometimes that’s AR, VR, or interactive touch platforms. Other times it’s a video, animation or web/app development. We have all those capabilities under one roof, which makes us unique in this industry,” said Richard Williams, Media Fusion CEO. “The National Park Service is a long standing client and we’re excited to partner with them on this next-level park visitor experience.”

The contract, which is worth just under USD $300,000, lasts for eight months, and will see Media Fusion design the framework and develop and test the two prototypes. The company noted that a “go live” date for the AR experience has not yet been determined.

For more information on Media Fusion and its augmented reality offerings, please visit the company’s website. 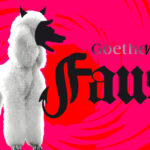 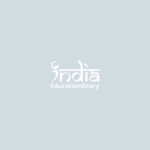