Touring The Musical Metaverse: Virtual Concerts are Here to Stay

As more humans enter the Metaverse and more virtual pop stars enter our world, the lines between physical and virtual reality become increasingly blurred each day.

Virtual concerts taking place within the Metaverse are the next step in the evolution of the music industry. The coronavirus forced many artists to play virtual concerts in lieu of their live on-stage performances in 2020. While this may seem like a new development, virtual pop stars like Hatsune Miku have been selling out both offline and online concert venues for years. Virtual artists’ human counterparts are only just beginning to understand the untapped potential of virtual concerts.

In the Metaverse, virtual humans are no longer bound by physical limitations. An artist can instantly change outfits in a virtual concert or transform the stage from an outer space realm to an underwater world. As more humans enter the Metaverse and more virtual pop stars enter our world, the lines between physical and virtual reality become increasingly blurred each day.

Today we’re uncovering how both human and virtual music artists are transforming the music industry with virtual concerts. First, let’s start with the basics.

‍What is a virtual concert?

In our glossary, we define a virtual concert as a performance in which a virtual avatar’s likeness is projected onto a virtual stage within virtual reality, synced to pre-recorded music. Not to be confused with a hologram concert.‍

A hologram concert is a live musical performance that takes place in the “real” or physical world that uses lasers to project a 3D hologram of an artist onto a glass panel. Hatsune Miku first popularized hologram concerts and has sold out shows since 2009. In 2012, a hologram of Tupac Shakur performed at Coachella even though Tupac had been dead for almost a decade.

Virtual concerts, on the other hand, take place within the Metaverse, a term that describes all shared virtual spaces online. The appeal of a virtual concert is similar to that of a live one. Researchers studying virtual concerts have found “virtual concerts facilitated more social connection” and the coronavirus pandemic actually helped foster feelings of emotional support and empathy between virtual concert participants.

Essentially, virtual concerts can be just as fun and emotionally impactful as traditional ones. Each audience member may be viewing the concert alone, but they are all interacting with others in the concert’s shared virtual space or through live chats during the performance.

‍
Before COVID-19, we never would have expected to see top music stars like The Weeknd or Travis Scott hold virtual concerts. But seeing your favorite musicians transformed into virtual humans has a unique appeal. With their new virtual avatars, you get to see them in an entirely new context. Here are some of our favorite virtual concerts featuring a human musician:

TikTok was one of the first major social media platforms to take the leap of faith with a virtual concert during the pandemic. The Weeknd’s virtual concert featured an animated version of the artist performing his hit song “Blinded By the Lights,” where virtual backup dancers performed the famous TikTok dance for the song. Everything from his sunglasses shining to the virtual background of neon signs resonated with the song’s message to enhance the concert experience.

What’s special: Including people’s real-time comments on light-up signs and their usernames on fireworks is a great way to inspire audience participation. Tiktok instructed viewers to “share their love in the chat to light up the sky!” and did so. People come for The Weeknd but stay to see their comments and names in lights next to their favorite artist.‍

It’s impossible to discuss virtual concerts without praising the famous Travis Scott concert in the popular game Fortnite. Epic Games has a history of partnering with virtual influencers such as Guggimon to feature in their games. They took virtual concerts to the next level with the Travis Scott performance that captivated over 12 million live viewers. Scott’s avatar is the size of a skyscraper and directly interacts with the audience member’s avatars. At the 2:56 timestamp, you can see him grab two stars from the sky and use their power to levitate everyone’s avatar around him.

What’s special: Travis Scott used the setting of Fortnite to its fullest potential by making his concert mobile. Travis Scott’s large avatar walks around the virtual world in Fortnite with the audience members following behind him as he ventures through outer space and even underwater at one point. This technique keeps the audience engaged and motivated to stay through the entire hour-long concert as they follow Scott around.

For their next virtual concert, Epic Games invited pop star Ariana Grande to preform in Fortnite. While Scott’s concert was a singular performance, Grande’s virtual event took place over the course of several days. Epic Games integrated Ariana Grande’s virtual concert into the larger Fornite narrative and used her performance as a world-building opportunity. The overall theme and message of her concert resonated with Season 7, fittingly titled “Moment of Togetherness.” What better way to join players together than in a live concert event?

What’s special: In the beginning of Ariana’s concert, fallen players awaken in a black landscape. Fellow players extend a hand to help lift each other up as golden orbs float into the sky above them. Tim Elek, the Live Events Art Director, explained that developers included this touching moment was meant to represent Fornite helping players throughout quarantine. Similar to Travis Scott’s concert, Ariana Grande’s giant avatar interacted with each viewer during her performance by lifting them into the sky as she sang her hit single „7 Rings.“

Now that we understand virtual concerts’ appeal and have seen a human musician in one, it’s time to add the secret ingredient: virtual humans. They already live within the Metaverse, so it feels more like we’re stepping into their world to join them in their natural setting. Here are some of our favorite live performances online featuring virtual pop stars.

Roblox is a popular online game that allows users to program and create their own games. People can create their own avatar (that has a simple Lego or Minecraft aesthetic) and hang out in virtual worlds with their friends. Kai is a 16-year-old virtual influencer developer who created Splash, a game within Roblox that allows users to create and perform their music to live audiences. She’s not only a virtual celebrity on Roblox, but an inspiration to other young musicians on Roblox who look up to her for building her own career online.

What’s special: Kai performed to over 100,000 fans in 7 different Roblox venues simultaneously every hour for over 48 hours. That is not only an impressive feat but a great way to use an expansive online venue like Roblox, where players gather in many different virtual rooms at once. Read our interview with Kai to learn more about her impressive virtual concert experience.

Kizuna AI is a VTuber (or Virtual YouTuber) with over 4 million subscribers across her channels. On the website for her virtual concert, Kizuna AI wrote, “Online concerts have become a norm in the world we live in now, and because we live in a time like this, I want to deliver a new kind of live performance where the real world and virtual world can blend together!” To accomplish this, Kizuna’s team used a clever blend of VR and AR technologies on a physical stage to create a unique virtual concert that featured both humans and VTubers.

What’s special: Kizuna AI’s concert is truly the first and only of its kind in the history of virtual concerts. As a virtual being, she bridged the gap between the real and virtual worlds by including both human and virtual guests such as Virtual Kaf and the music producer TeddyLoid. Some human guests were transformed into VTubers, while others remained in their standard form as they danced next to the virtual Kizuna AI.
In the end, the coronavirus has changed the way many of us experience live music by expanding our horizons to new virtual concerts we otherwise may never have imagined. Even the iconic Hatsune Miku, who usually performs in hologram concerts, was forced to switch to a VR virtual concert in 2020. One comment under her videopreview explains:

“Miku is always coming to the real world to perform for us, now it’s our turn to get into the virtual world to see her 💙”

This YouTube commenter summarizes the appeal of virtual concerts well: Fans can truly step into the world of their favorite virtual artist or see a human artist reimagined in new dimensions. In a virtual concert, performers can instantly change their avatar’s appearance  or transport fans into any place imaginable.

In the Metaverse, fans have infinite possibilities for virtual human interaction. 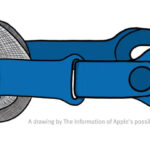 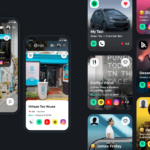