A new update to the SideQuest platform adds support for the experimental passthrough option, and the first game to feature it has launched.

Last month Facebook revealed it would be launching an experimental Passthrough API for developers to start creating augmented reality experiences on Quest 2. This works by using Quest 2’s cameras to show the world around you and then projecting virtual items into the environment using the headset’s positional tracking.

Now that the API has been made available to developers, sideloading platform SideQuest has been updated to include a new ADB command to enable Experimental Mode. This can be used to enable new passthrough features and, in turn, access games and apps that take advantage of the feature in this early stage.

The game, meanwhile, is Cactus Cowboy – AR Passthrough Techdemo. You might’ve heard the first part of that name before – its developers have released multiple games in the series with a focus on first-person shooting and puzzling, including last year’s Portal-inspired title. This demo is simply a wave shooter in AR.

It’s simple, but just an early glimpse of what AR features on Quest 2 could look like. We’d show you a screenshot but, as the developer noted on the SideQuest listing, it’s not possible to capture that content on Quest right now. Hopefully we see more developers start to tinker with these options in the days and months ahead. We’re not likely to see apps with full AR support launch on the Oculus Store and possibly even Oculus App Lab for some time.

Are you going to be jumping into some Passthrough apps as they start going live? Let us know in the comments below! 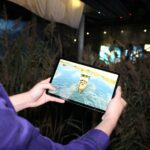 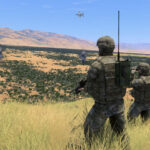