Serious Labs seems to have found a way from tragedy to triumph? The Edmonton-based firm designs and manufactures virtual reality simulators to standardize training programs for operators of heavy equipment such as aerial lifts, cranes, forklifts, and commercial trucks. These simulators enable operators to acquire and practice operational skills for the job safety and efficiency in a risk-free virtual environment so they can work more safely and efficiently.

The 2018 Humboldt bus catastrophe sent shock waves across the industry. The tragedy highlighted the need for standardized commercial driver training and testing. It also contributed to the acceleration of the federal government implementing a Mandatory Entry-Level Training (MELT) program for Class 1 & 2 drivers currently being adopted across Canada. MELT is a much more rigorous standard that promotes safety and in-depth practice for new drivers. 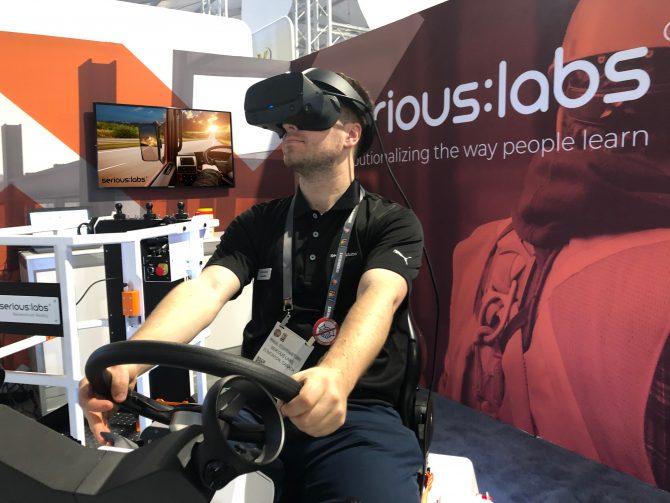 he Government of Alberta has awarded $1 million, and Emissions Reduction Alberta (ERA) is contributing an additional $2 million for the simulator development. Commercial deployment is estimated to begin in 2024, with the simulator to be made available across Canada and the United States, and with the Alberta Motor Transport Association (AMTA) helping to provide simulator tests to certify that driver trainees have attained the appropriate standard. West Tech Report recently took the opportunity to chat with Serious Labs CEO, Jim Colvin, about the environmental and labour benefits of VR Driver Training, as well as the unique way that Colvin went from angel investor to CEO of the company.

Serious Labs was founded as 3D Interactive in 2005 by a group that included some former members of an AAA game developer, Bioware (now Electronic Arts).

“They had what was at the time quite a radical idea – using … video game technology to rapidly develop training simulations and equipment simulators for real-world industrial applications,” explains Colvin.

The idea gave the company exposure on how to engage with instructional designers to create realistic simulations of various kinds. Colvin saw the real-world applications for this in 2011, and he was immediately intrigued by this idea of using game technology to create equipment simulators and simulated training experiences.

“While still in an early start-up phase, the kernel of what was possible was emerging,” Colvin adds. “I could see the kind of potential this would have in all kinds of industrial training situations – building people’s skills without tying up actual machines, letting people practice for challenging situations without risk, all while providing objective assessment.”

Colvin and his partners invested in an early-stage round of equity financing and rebranded the company as Serious Labs, and Colvin stepped into the role of CEO.

“Next, we went out and established some key anchor customers who were industry leaders and influencers. All of that started us down this road of developing game-based e-learning content and ultimately adopting VR for both experiential safety training as well as heavy equipment operation,” he says, adding that it has certainly helped to be situated in Alberta.

“There is a strong entrepreneurial spirit here, and in Edmonton—where our headquarters are located—there is also an established video game development community of designers, digital artists, and programmers trained through the University of Alberta,” Colvin states.

The firm also garnered support from organizations such as Alberta Innovates and Edmonton Global to provide services and foster awareness of the problems Serious Labs was solving. The $3M in funding, announced recently, has been essential to the firm’s growth trajectory, and it “reflects a commitment to building up our technology sector while addressing problems like road safety, the growing driver shortage, and the global threat of climate change,” says Colvin. This proved to a good string of pain points to solve.

Environmentally, it is estimated that between 2023-2030, the Canadian trucking industry will contribute more than 5,650,000 tons of greenhouse gases, while commercial drivers are being trained. Serious Labs’ system will replace in-cab training hours with VR training hours, which is significant because the simulator runs on electricity. It also allows driver trainees to spend more time practicing safe maneuvers in labs, rather than driving to varied challenging terrains to practice those maneuvers. In VR, a driver can practice merging 10-times in 10-minutes without the ‘empty’ time in between.

In terms of labour, Canada’s transportation industry is facing a shortage of more than 20,000 commercial drivers – projected to worsen in coming years. The new requirements, though excellent for increasing safety standards, creates added barriers for new entrants. Serious Labs’ simulators help by bringing different landscapes to trainees. A driver in Saskatchewan will be able to drive in the coastal mountains of BC, and can train in multiple languages – breaking the barrier of entry for new immigrants interested in a trucking career.

Colvin’s relationship with Serious Labs is unique in that he started out as an angel investor. In his case, he not only provided capital, but went on to lead the company from relative obscurity to prominence.

“Get talent pointed in the right direction”

“I’m not original in anything – but, I know a good thing when I see it. Putting two and two together, putting video game tech into something other than entertainment, I was helpful in setting up the infrastructure to succeed,” says Colvin. “I’ve never written a line of code in my life. Not a genius, more the parasite that stumbled along later.”

There’s a hint of modesty in Colvin’s response, and he doesn’t hesitate to speak about the nucleus of great people with great ideas that existed before his time at Serious Labs.

“Companies get their size when they need infrastructure. I build the house around companies. You can do the wrong financing deal or give up your intellectual property,” explains Colvin. “Almost like any professional service, you want your thoroughbreds not to be distracted by the money. That is for guys like me to do in the background. Get the talent pointed in the right direction.”

Angel investors are always looking for good technology and good people, and they attract investment. Colvin took a chance, invested in something new and unproven, and Serious Labs has certainly reaped the rewards of merging technological expertise with corporate leadership. To learn more, go to seriouslabs.com. 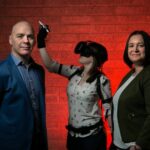 VR Education raises €9m to build a ‘metaverse for business’ 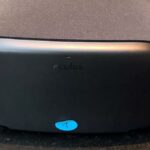 Sabby Life is Changing the Way We...

Experience your carbon footprint in VR