The Museum of Other Realities (MOR), the multiplayer VR museum which hosts a large collection of some of the most stunning works of art in the medium, is now free to keep on Steam and Viveport for a limited time.

Typically priced at $20, MOR is now free to keep forever if you add it to your Steam or Viveport library before June 21st. The social VR museum has gone free in honor of the X3: Virtual Exhibition, which was created in partnership with Tribeca, NewImages, and Cannes XR festivals.

The studio says all three paid DLC exhibition spaces feature a combined total of more than 55 virtual reality experiences, including a number of 2021 premieres, and “hand picked selections of works from some of the most acclaimed VR creators and studios in the world.”

When purchased separately, the ‘entry ticket’ for each DLC costs $15. If you have a festival accreditation or an industry multi-pass from one of three XR3 partners, you may already have access.

All tickets purchased on Steam or Viveport remain valid from June 9th to July 17th. Festival DLC packages range between 30 and 50 GB, so make sure to have plenty of disc space on your PC before purchasing the ticket.

If you’re not coming for the X3 Exhibition, there is a single free DLC called The Immersive Arcade which was added to MOR in celebration of select British XR artists. On top of that, MOR on its own hosts a vast amount of both static and interactive art that’s easy to get lost in. Since it’s a social platform too, it offers a great opportunity to interact and network with new people in a time when traveling to large-scale festivals is still unsafe. 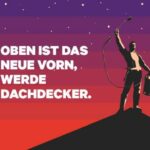 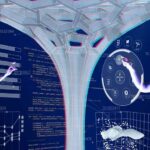