Facebook Reality Labs is still aiming to let Oculus Quest developers work with the headset’s passthrough camera system at some point this year.

News comes by way of the most recent Instagram AMA session with FRL VP, Andrew ‘Boz’ Bosworth. Asked when developers might get access to passthrough support so that they might make augmented reality content, Bosworth replied that he didn’t have a “firm date” for the feature just yet.

“We are working on it,” he explained, “it’s gonna come out– I’m hoping it’s gonna come out this year. It’s a little harder than it seems and obviously safety is caught up in it from a standpoint of keeping the user safe from a Guardian perspective. So there’s a few things we’ve got to work through still on that but we’re hoping for this year.”

Currently Quest’s passthrough feature is used by Facebook alone so that users can set up play areas with their Guardian system, or use the feature in the Quest’s menu, swapping out the virtual home environment. Last year, we reported that the company is aiming to offer a Passthrough+ API to developers to let them work with the feature too.

Quest’s spatial tracking would make it possible for some AR capabilities on the headset. It’s a little like what’s seen with Microsoft’s HoloLens and Magic Leap only, instead of see-through lenses that project virtual images into the real world, you’d be observing the world as captured through the cameras. This allows for a wider field of view than on those other devices, but Quest’s passthrough function is currently only shown in black and white – there’s no color option.

As for the mention of safety, Bosworth is likely referring to the issue of passthrough potentially revealing a user’s private and personal data to developers.

Would you try AR games and features through Quest’s passthrough feature? Let us know in the comments below! 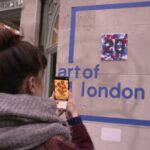 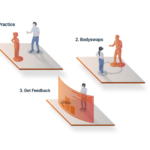