Signature Production Group (SPG), a company that specializes in providing production technology solutions for meetings and live events, has announced that it has finalized the transformation of its LED studio into a full Extended Reality (XR) studio. The transformation includes a variety of technology investments including a Disguise One VX4 media server and RX rendering solution, Mo-Sys camera tracking, and Notch motion graphics and interactive visual effects engine.

As a result of the upgrades, Signature Production Group is now also the latest company to be added to the Disguise list of worldwide XR studio partners. SPG’s media server, camera tracking and visual effects engine work together to deliver any XR combination be it augmented, virtual, or mixed reality (AR/VR/MR – collectively XR).

The company’s Chicago-area XR studio is powered by a Disguise media server, Mo-Sys camera tracking and Notch visual effects. Through the use of this technology, SPG provides audio, video, and lighting for meetings and events, with XR primarily used to place live presenters into virtual environments.

Additionally, the company employs the use of LED walls for virtual production and as an alternative to location filming. Virtual production has been made popular by shows such as Disney’s The Mandalorian, and the production world continues to find new applications for this emerging technology. SPG’s LED wall uses high-resolution THOR EDGE tiles controlled by Brompton Tessera SX40 LED processors.

“We’re excited about the upgrade to full XR capabilities,” said Tristen Crow, SPG’s lead video engineer. “Originally our LED wall could do all the same things as a wall or projection surface that we would set up in a ballroom or conference facility.  But by adding interactive 3D environments, set extensions and a combination of XR technologies, the possibilities are endless.”

SPG’s owner, Dave Schwarz, also commented: “When you put on VR goggles, you’re immersed in a virtual world… As a meeting and event technology company, we wanted to give presenters the ability to stand on a physical stage and present from any virtual environment. As they’re presenting live from our studio, we can add speaker support graphics, remote presenters, interviewees or panelists. They can also interact with apps, websites, sales aids, or virtual 3D models of their products.”

When live events were cancelled in March 2020, the SPG team built broadcast control rooms to stream live meetings to online attendees – something that SPG stated will also help to meet the evolving needs of the event industry. The company noted that recent business success, even amidst the pandemic, has allowed it to expand its staff and invest in new capabilities as SPG prepares for the next phase of live events.

For more information on Signature Production Group and its virtual and XR production capabilities, please visit the company’s website. 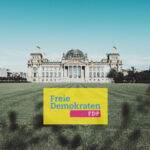 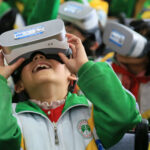 Virtual reality: could it be the next big tool for education?

Apple and Snap Pick Up Where Pokemon...