Struggling with lots of virtual reality (VR) headsets and where to put them as well as charging them all? Well, Looking Glass XR is currently running a Kickstarter crowd-funding campaign to help with both of those problems, its VR Powerwall.

Mainly focused on the location-based entertainment (LBE) sector, the VR Powerwall is designed to store and charge most standalone headsets on the market today, including Oculus Quest/Quest 2, Pico and HTC Vive Focus/ Focus Plus. Having previously created the VR Media Cart and the VR Power Tower (holding 30 headsets) Looking Glass XR has created three new products with a smaller capacity and form factor.

The VR Powerwall will be made available to hold either one, four or eight VR headsets, wall-mounted and constructed from 100%, PVC Foam Sheets. Featuring Looking Glass XR’s “EZ-Hang” Wall Cleat to simplify wire management and installation the company notes: “All VR PowerWall units will come fully wired with USB C 3.0 cords. The 4 and 8 units will be wired into a USB charging and data hub hidden on the bottom of the unit.”

Backing tiers start from $99 USD for the single unit, with the Early Bird Special offering free shipping with deliveries expected to begin in September. The four-unit VR Powerwall comes in at $599 whilst the eight-unit version will set you back $799. Again they each have an Early Bird Special offering free delivery to early backers. Be aware that Looking Glass XR is only offering delivery within the United States, there’s currently no option for any other country.

Over the years VR owners have come up with various solutions to safely storing their prized headsets, especially when it comes to ensuring the lenses don’t end up with scratches on them – VR Cover’s Lens Cover provides a cheap and cheerful solution for that. Oculus has created its own hard cases for the Oculus Quest/Quest 2 for example, or there’s always the glass head route – if you have the shelf space.

As LBE venues begin to open up again and all-in-one (AIO) headsets become the dominant hardware there’s certainly going to be a need for systems like the VR Powerwall. Looking Glass XR aims to raise $75,000 through its Kickstarter. 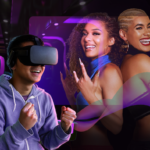 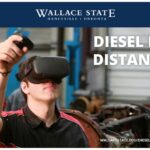