Celebrate The Mars Rover Landing With ‘Mission To Mars AR’

Control the landing sequence, drive a rover, and pilot a helicopter drone in this multifaceted AR experience.

This afternoon, NASA’s Perseverance rover and Ingenuity helicopter are scheduled to touch down in the Jezero crater on Mars in search of habitable conditions as well as biosignatures of microbial life and water. Dubbed “Mars 2020,” this will mark the 6th-most expensive robotic planetary mission conducted by NASA with an estimated cost of $2.8 billion over the course of 10 years.

Inspired by today’s highly-anticipated landing, Mission to Mars AR—a new smartphone-based augmented reality experience from Poland-based developer Immersion—allows you the chance to conduct your own exploratory mission on the infamous Red Planet using the same tools and vehicles being employed on the actual Mars 2020 mission.

This includes operating the super expensive Perseverance rover and Ingenuity helicopter drone, conducting the adrenaline-pumping landing sequence, and performing surface scans in search of unique phenomenons. For a less “hands-on” experience you can also immerse yourself in a generous catalog of images, video clips, and quizzes about the planet provided by the Smithsonian Channel.

Mission to Mars AR is available free on iOS and Android. If you like this, don’t forget to check out Immersion’s other AR-powered experiences, such as Apollo Moon Shot AR.

Designed to celebrate the historic 50th anniversary of the iconic moon landing, Apollo Moon Shot AR puts you in command of Apollo 11 as you complete a series of interesting activities, from taking selfies on the moon to conducting lunar landings. 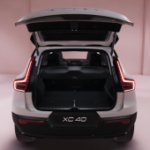 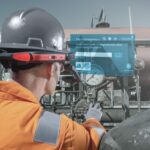