As a technology analyst since 1981, I have attended thousands of press conferences and events worldwide. In some cases, I flew thousands of miles to attend these events in places like Beijing, Athens, Berlin, Amsterdam, London, Paris, Geneva, and various other regions in Asia and Europe. Many were in the US and hundreds more in Silicon Valley. In almost all cases, I attended them in person.

In the last three years, some of these media events used versions of Web-Ex, Skype audio, or sites that allow someone to share a presentation in real-time to handle their press conferences. In the last two years, many have used newer video conferencing tools like Zoom, Microsoft Teams, and others to do their media events this way.

Last week, I took part in what may be the next significant way people experience media events and business meetings of all nature, thanks to a new VR application called Arthur. The beta version of Arthur went live on December 8, 2020. However, last week, I attended an analyst briefing to experience Arthur myself.

The initial release invites companies to test a beta version of the product to demonstrate how it works, just like I did last week. The company did not state when Arthur would be available to the public, but its broader release could be soon from what I saw.

To attend this briefing, I had to install an early release version of Arthur on my Oculus Quest headset. While all Oculus headsets can be used for this launch, the folks behind Arthur’s team say that they plan to support all VR headsets in the future.

They also have a 2D version that works in any web browser, but the VR version delivers a more immersive experience.

At the analyst briefing’s designated time, I put on my Oculus headset and opened the Arthur VR app. Once I entered the app, I went to the designated area where the event was to take place. I sent them a picture of myself, and they created an avatar of me with my name on it so I could be recognized personally by Arthur executives and other analysts in the meeting.

Once all of the analysts invited to this VR meeting arrived, the Arthur execs directed the attendees to a virtual area where a large stage was placed.

This event’s actual backdrop was a sweeping virtual vista with a beautiful ocean view in the background.The Arthur media presentation was presented on a large screen, and our avatars stood in front of the stage to view it.

Here is what my avatar looked like in Arthur

After the presentation, we were all directed to a lounge-like area to ask questions of the team who created Arthur. After this group meeting, we were allowed to explore other areas where demos were going on. However, the one thing that separates Arthur from video calling services for delivering presentations and holding meetings is the ability to break off and go and talk to anyone virtually face-to-face.

After the group Q&A in the lounge area, I had the option to talk personally with Arthur’s founder, just as I would do in a live meeting. I „teleported“ from the lounge area to the designated area he would be and carried on a conversation with the CEO of Arthur, Christopher Fleischmann, and dug deeper into Arthur’s vision and got more information about the company.

During the presentation, they described themselves as a Virtual „Realty“ company where they build virtual office spaces and virtual facilities where people can meet in groups or more personal settings.

The company explained Arthur in the following manner:

„In many ways, Arthur’s office spaces can be considered real offices, only with the bonus of unlimited digital possibilities: just as in real life, your virtual office can be easily decorated with standard office equipment and furniture such as pictures, couches and company-specific logos or gadgets. You can even meet your colleagues with true-to-life avatars – either in planned meetings or impromptu run-ins at your virtual coffee kitchen, giving you the feeling of truly being in the same space without lag or buffering.“

As for how the company came up with the name „Arthur“ for this VR product, their CEO, Mr. Fleischmann, said it came from the idea of King Arthur and the Round Table and a nod to Sir Arthur Clarke, whose science fiction writings imagined virtual worlds decades ago.

I consider Arthur a critical step in delivering the future of VR meetings. This particular idea and vision are not new. Not long after Facebook bought Oculus, the concept of virtual meeting rooms was a big reason they purchased Oculus, albeit with a more consumer focus in mind.

Others have talked about this same virtual office concept, especially since Covid-19 hit and many were forced to work from home. Thankfully, Zoom and other video conferencing systems filled in admirably to connect us face-to-face during this challenging time in our working history.

However, as I experienced the Arthur VR analyst event and used the various rooms for virtual one-to-one conversations, I could not help think that what Arthur brings to the table may be the next giant leap in virtual meetings.

That they can do this in 2D via web browsers suggests it could compete with the video conferencing systems out today.

I think Arthur’s more significant promise is to help bring actual virtual reality to meetings and gatherings of all types. It has the potential to deliver one of the big promises of VR, which is immersive and virtual one-to-one interaction to a broad business audience.

Foto: Immersive VR events and meetings will change the way we collaborate at work. – getty 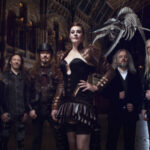 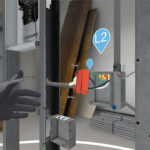