Since their inception, virtual reality and augmented reality have taken the world by storm. Until recently, these technologies were used mostly in the gaming industry, with VR and AR games leading the pack in terms of popularity and revenues. But lately, many companies have been exploring other applications of VR and AR outside of gaming. In particular, some companies have put in a lot of investment in using virtual reality and augmented reality in education.

This makes a lot of sense. Studies have proven that people retain 90% of what they see and do than only 10% of what they just read. With the help of VR technology, students will be able to learn more. Not only that, but they will also be more interested and engaged in the lessons. Topics that are quite boring in a textbook will come alive with VR and AR technologies. Both the added interest and increased retention are beneficial tools for improving the overall quality of education.

We have searched for the companies currently involved in the development of virtual reality and augmented reality applications for education. We are pleasantly surprised to see that the list is quite long. This bodes well for the future of our students and education in general. Of all the companies that we have found, we have rounded up the ones that show the most significant promise.

Immersive VR Education is a software company founded in 2014. Since the beginning, it has always been at the forefront of virtual and augmented reality technologies. They are best known for their ENGAGE platform that was specifically built for training and education based on virtual reality. This platform taps the existing VR technology and puts it in an online environment, making it accessible for people no matter the location.

One of the more popular VR experiences that you can enjoy from this company is the Titanic VR, where you can see the Titanic sinking and explore the wreckage. It also has a highly interactive game that gives you a more in-depth insight into this massive disaster of 1912. Another favorite is the Apollo 11 HD, where you can travel in outer space and see the universe as Apollo 11 could.

In May 2020, Immersive VR Education had received a €3 million investment from HTC, a telecommunications giant that is also an avid supporter of virtual reality development. This kind of support makes the future of VR and AR very promising for the educational field all over the world.

Google Expeditions has been quite famous for a few years now. The app maximizes the use of VR for practical education purposes as it lets students experience different parts of the world. It then combines this with AR technology that brings life concepts that are utterly boring and sometimes very hard to grasp while on paper.

The Google Expeditions Pioneer Program is a more hands-on expansion of the original VR app. In this program, several teams from Google will go around schools and universities, bringing the complete Expeditions kit to different parts of the world. The team will provide educators everything they need to use VR for teaching the students, but they will also help them with the complete setup. The teachers will receive comprehensive training on how to utilize the program.

Once set up, they will take their students practically anywhere, as the options in the Google Expeditions Pioneer Program are endless. The great thing about this program is that the teachers and the students will be viewing and hearing the same things simultaneously. But the teacher will be able to carry on a lecture to discuss certain things as they go along, so it will still be like a classroom, albeit in a virtual scenario.

Alchemy VR is, without a doubt, one of the leaders in modern technological innovations in the realm of education. Thus far, they have already made massive contributions not only in virtual reality but also in augmented reality, mixed reality, and even artificial intelligence. Their focus is on creating compelling educational content that can easily be accessed from anywhere in the world.

Their work is so outstanding that they have been the pioneer recipient of the prestigious BAFTA for a Virtual Reality Film. They have also partnered with huge names in technology and communications, like Samsung, Sony, Google Expeditions, HTC, and major museums worldwide. The impeccable quality of their content combined with the narrative of world-renowned natural historian Sir David Attenborough certainly boosts their products‘ value effectiveness.

Formerly called WoofbertVR, Boulevard takes a unique approach to use augmented reality for education. This easily downloadable app focuses mainly on the arts and aims to boost people’s interest in classic paintings by bringing art to them wherever they are in the world. It is essentially just like visiting an actual museum without having to travel. Boulevard has collaborated with the leading museums of England and the United States and allows people to experience all the art through VR, AR, and MR.

Complimented by Forbes’ Federico Guerrini as the Netflix for the Arts, Boulevard has a continuously growing list of virtual exhibits that you can enjoy. Some of their VR offerings include The Rubin Museum, Turnery Contemporary Museum, Victoria & Albert Museum, and The Courtauld Gallery.

Nearpod is a company that has utilized the seamless combination of VR and AR technology for making a more engaging and more immersive classroom environment. They realize the inherent value of the traditional lesson plans. Instead of completely doing away with these conventional mediums of education, Nearpod has enhanced the classroom experience by leaps and bounds. It’s a win-win deal for both ends. Teachers can use integrated 360-degree imagery and videos to make lessons enjoyable while students can experience interactive learning even while at home. This is very timely indeed, as schools all over the world have recently transitioned into distance learning.

These companies are just the tip of the iceberg when using virtual reality and augmented reality for education. There are many more companies out there that are busy making similar advancements in different areas of learning. With all the benefits they have to effort, it won’t be surprised if, pretty soon, VR and AR will become the norm in education all over the world. 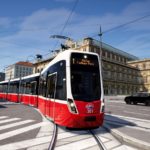 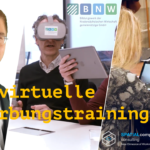