At the Indiana Department of Child Services, CIO Kevin Jones tackled a persistent problem with new technology — and launched a data-centric transformation.

An Indiana state agency is taking a futuristic approach to an age-old challenge: employee retention.

The long-term vision for the Indiana Department of Child Services was to build a culture around business intelligence and data analytics to aid in better decision-making. Central to the effort is consolidating data silos, replacing a legacy case management system, and building new processes that better support the organization’s goals, said department CIO Kevin Jones in a presentation at the recent MIT Chief Data Officer and Information Quality Symposium.

The undertaking was significant, especially given the budgetary constraints of a state government agency. Jones needed a use case that would serve as a quick win to showcase the potential for data analytics and decision-making.

Attention quickly turned to staff turnover at the agency, which was increasingly problematic, with nearly 50% of staff leaving within their first two years of service.

As a classically trained systems engineer, Jones knew VR could assist on a number of fronts:

“The program has been a tremendous asset in showing what data can do and how it can enable transformation,” Jones said.

“Why are our people leaving?”

The Indiana Child Welfare Services agency employs around 5,000 people and was hiring around 1,500 new workers a year, but high levels of attrition were costing the agency close to $72 million annually.

The problem, Jones said, was that no one could get to the heart of the retention issue, most assuming it was salary-related. Using the evidence-based processes and data analytics model he was promoting, Jones’ team conducted surveys and collected data on departing employees to find out why they were leaving.

As it turned out, salary wasn’t at the top of the list. The primary reasons had to do with supervisor dissatisfaction and job responsibilities that didn’t match up to expectations, particularly around the experience of going into homes to assess clients’ living conditions and the impact they had on a child’s situation.

Using the Accenture Virtual Experience Solution, a virtual reality training system tailored for human services, Jones’ team was able to create a process that helped job candidates better understand what they were signing up for before accepting a position.

The system allowed candidates to simulate the experience of role-playing different scenarios in the field, including how they’d react in difficult home situations.

“It enables them to experience the emotion of being in there, seeing a mom high on drugs and a boyfriend who is drunk and a baby with a visible bruise,” Jones explained. “It lets them see if they can decide to leave her in the home or remove her from the home and justify the decision.”

VR not only helps potential employees discover if they are well-suited to the role, it assists HR in weeding out unsuitable candidates by providing a window into their behavior before initiating a formal offer.

For existing employees, the simulations function as an immersive training platform, giving department veterans a chance to observe their own responses and providing opportunity for greater self-awareness, including potential bias.

By capturing metadata from these seasoned employees’ VR simulations, the team has the ability to create a baseline profile of someone most likely to stay in a child services role over time.

Beyond that, Jones’ team integrates the metadata with the agency’s case management system to start building analytics models and create business intelligence. The integration also allows a candidate’s simulation to be overlayed with one from a long-time employee to better evaluate their potential for the job as well as for overall group performance review and feedback.

“As we send people through simulations, we can see patterns in what they did and how those decisions affect the case,” Jones says. “It allows us to build a predictive case management plan that will transition 30 years of effectiveness and efficiency to a person who’s been here for 30 days.”

Since implementing the VR program, the agency has managed to significantly reduce staff turnover. In one area of the state where the agency was experiencing 53% turnover, it put 119 people through the VR simulation, which reduced the number of job offers extended to 59 individuals. Of that number, 32 people accepted the post, and 26 remain employees today.

That meant the agency was able to reduce turnover among first-year employees in that region from 53% to 19%, Jones said. Overall, the agency is experiencing a little more than 19% staff turnover compared to the 50% it was dealing with 18 months ago, and VR is a huge part of that success story, Jones said.

For staff development, the VR experience has served as a way to deliver more efficient and effective training to existing employees while increasing their self-awareness. Almost half of those participating in the VR training (47%) said they were better equipped to reflect on how their own bias might impact decisions, 29% among more seasoned employees.

At the same time, 55% of overall participants said the training helped them better observe, inquire, and interpret behavior, and 81% confirmed it helped establish more realistic expectations of home visits.

At a macro level, the success of the VR pilot has given the organization tangible proof points that evidence-based, data-driven processes can transform decision-making. Employees now have an understanding of the enterprise performance modeling Jones is committed to, and the gradual changes in culture have paved the way for the replacement of the legacy case management system, now slated for March 2021.

“It’s gotten us to the point where all the data we’ve been capturing on VR, employee sentiment, and all of our case management data is going to be on a single platform,” one purpose-built for enterprise performance management for an organization focused on child welfare, Jones said.

“It’s given our entire organization the ability to say ‘Let’s use data’ and stop talking about how `I think’ or how `I feel.’ It showed us exactly what we needed to do while solving the staff turnover problem.” 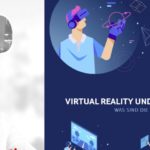 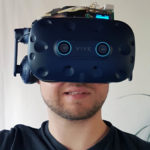