Composed primarily of fire, ash, dirt, and various debris, these dangerous whirlwinds develop when wildfires and firestorms create their own wind. If left unchecked, these ‘fire devils’ can create their own independent weather systems, resulting in thousand-foot tall firenados with 140 mph winds that can spread ember, fire, and debris for up to 20 minutes.

Pretty scary, right? The Weather Channel agrees, which is why the network is once again using its Emmy award-winning Immersive Mixed Reality technology to help educate viewers on the many dangers of these ‘fire devils.’

In a video released earlier today to the official Weather Channel YouTube, meteorologist Jim Cantore breaks down the specifics behind this natural phenomena from inside the storm itself, from its various causes to the devastating effects. Cantore also takes time to shine a light on climate change and its role in the spread of natural wildfires.

Developed in collaboration with The Future Group, The Weather Channel’s Immersive Mixed Reality technology uses real-time graphics rendering and visual effects powered by Unreal Engine to immerse its hosts in the stories themselves, resulting in more impactful reporting.

Since incorporating IMR technology into its programming, The Weather Channel has launched numerous mixed reality segments, covering everything from tornadoes and storm surges to wildfires and ice storms.

Back in 2019, The Weather Channel said it hoped to incorporate IMR technology into 80% of its programming by 2020. Last year the company even won an Emmy for its mixed reality tornado coverage. 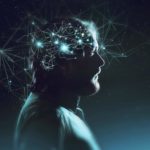 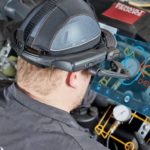