Sign up now to begin crafting your own in-game worlds and activities.

Yesterday marked the launch of Facebook Horizon’s invite-only public beta, offering select players the chance to experience Facebook’s ambitious social VR platform ahead of its official release sometime later this year. With the launch of the public beta comes several new games, features, and environments, many of which featured in new promotional videos released by Facebook.

As previously stated by the company, Facebook Horizon is a social VR metaverse composed of numerous worlds and activities built by the community for the community. As such you’re given access to a variety of internal world-building tools, allowing you to create simple minigames, complex environments, full-blown interactive adventures, and everything in-between.

Once you’ve finished customizing your avatar, you can venture out alone or meet-up with Facebook friends for some wholesome group activities. Players are identified by their Oculus ID rather than their actual names, so there’s still a small sense of anonymity.

In one of the videos provided, you can catch a glimpse of several different multiplayer activities, such as ramen making classes, mini-golfing, dungeon crawling, bank heists, and a dozen other games and experiences. In terms of world-building, it appears as though you’ll have the ability to design games and environments from a “god perspective” while other players interact with your creations in real-time.

Facebook has also provided several major updates regarding player safety. If at any point you feel uncomfortable due to the actions of another player, you can activate a “personal safe zone” to instantly separate yourself from fellow players as well as the environment. Here you can mute, block, and report players as well as content with the simple touch of a button. You’ll also have the ability to report player actions in real-time.

After sending a report, Horizon immediately saves the last few minutes of your session to be used as a reference. This is where things start getting a little murky.

According to the company, Facebook Horizon records every moment of your session, regardless of whether or not you file a report. Supposedly, this footage is never seen by a human being unless you file a report, after which the file is permanently deleted. Facebook will also have company personnel patrolling the metaverse in-game, sort of like digital bouncers.

“Our team of train safety specialists will review the clip to evaluate what happened,” stated a Facebook representative in the official safety video. “They’ll delete it once your report is resolved. Also, if you or someone else raises an issue, our safety specialist may remotely see and hear what’s going on in real-time. They can record inappropriate behavior or content and submit a report for further review. Anyone who doesn’t follow our code of conduct may be banned from Horizon.” 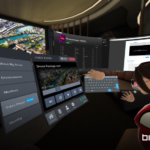 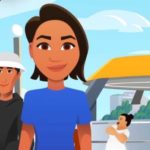 In Horizon, Big Brother Facebook Is Always Watching You