Continuing to expand its media services, today Bigscreen will be adding additional videoplayer functionality. This comes in the form of DLNA support, a feature that will particularly aid those who use mobile or standalone headsets.

The free update which rolls out today will enable users to wirelessly browse and watch their video and music files, being able to connect to a variety of media servers and Plex via DLNA. While this will be useful for anybody who uses Bigscreen’s videoplayer, as mentioned, if you use Oculus Quest for example then you don’t need to manually copy files onto the headset anymore.

Having provided rental movies for many months now, it was only back in June that Bigscreen introduced the videoplayer. This lets users watch their own video content as well as being able to watch it with friends – as long as they all have the video file on their device (no filesharing here). DLNA support is a small but important update, making the app even more versatile.

Over the next three months Bigscreen plans on releasing a bunch of new updates and content additions. A ‘major new movie studio with thousands of new 2D & 3D movies’ will be added to the roster, whilst an unreleased blockbuster will be shown on Bigscreen the same day it’s available in theatres and digital platforms.

A friends system will be implemented, new environments will be added and a paid membership plan will be introduced. On top of all that, Bigscreen’s original feature, the Remote Desktop, will be leaving beta. This will see ultra-low latency PC to Oculus Quest streaming for playing videogames with friends and collaborating with coworkers.

Supporting a wide range of devices like HTC Vive, Valve Index, Windows Mixed Reality, Oculus Rift, Oculus Go and Oculus Quest, Bigscreen has always and continues to be free. As more of the additions continue to be released, VRFocus will keep you updated. 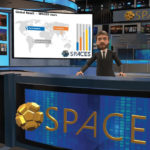 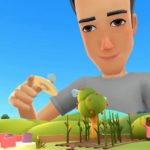