Noda is a ‘mind-mapping’ app that uses VR’s unique affordances for spatial brainstorming and information organization. Launched initially Early Access in 2017, later this year the 1.0 release of the app will add multi-user functionality and switch to a freemium model with core functionality free for everyone. A Quest version of the game is planned for release in 2021.

Noda is a free-form mind-mapping app for VR. Conceptually, mind-mapping is similar to writing an outline to organize your thoughts before writing a paper, but the mind-mapping method typically makes use of spatial relationships to organize ideas rather than a more abstract hierarchy like with a written outline. Noda uses VR to enable mind-mapping in three dimensions and also strives to help you focus on the task at hand by leveraging VR’s ability to take you away from your usual (and sometimes distracting) surroundings.

The app has seen intermittent updates since its Early Access launch on Steam and Oculus PC in 2017, which have added a handful of features not available at launch like speech-to-text input, background images, and ambient music. The app’s interface has matured too, making things cleaner and adding new icons and colors for nodes. Most recently, Noda was updated with video tutorials to make learning the app easier.

Developer Coding Leap says that a major update for Noda is planned for Q3 of this year which will add multi-user support for collaborative brainstorming sessions with other users. Additionally, the app will change to a freemium monetization model where the base app is free for everyone, while premium features can be unlocked for a one time price of $20 (which is the current price of the app).

Those who have already purchased the Early Access version of Noda will own the full premium version when it launches later this year, Coding Leap says.

Coding Leap also plans to bring Noda to Oculus Quest next year. So far the studio hasn’t confirmed whether the app will launch on the Quest store proper, or if it will use the official Quest sideloading process which earlier this year Oculus confirmed would be coming to the headset.

More unannounced features are in the works for the Quest launch next year, which we expect will also find their way to the PC version. We’ve reached out to Coding Leap to confirm if the Quest version of Noda will support hand-tracking as well as multi-user and (if so) if it will be cross-platform with the PC version. 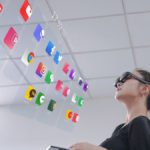 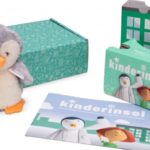