Facebook has begun rolling out early access to their new-and-improved Oculus Venues app, introducing a a handful of social features aimed at paving the way for the upcoming Facebook Horizon social platform.

This latest update introduces a brand new lobby location to the experience, allowing users to explore various live events as if strolling through a movie theater. While we have yet to try out the beta ourselves, several reports indicate the existence of new private viewing areas as well.

In addition to these new locations, newly-leaked images showcase a new avatar creation system. While it’s too early to tell for sure, the avatars featured in today’s leak look identical to the ones featured in promos for Facebook Horizon.

Here’s what a few beta users had to say (via the Oculus Store):

“The character creator is simple as it’s in beta, but works really well and with actual fitted arms emoting when meeting people is quite pleasant and easy to do.” – GraphicsMonkey

“Everything looks so clean, the avatars are my favourite thing about this so far, the way they move and look is amazing! I’m sure more avatar customisation options will be added later but I’m surprised at how many that are already there!” – pinkninja682

With Oculus Connect 7—the companies annual Oculus-focused event—just around the corner, it’s possible Facebook is using this Venues update as preparation for the launch of Facebook Horizon.

Those eligible for the beta can download an early access build via the Oculus Quest Store. Still no word on an official release date for either Venues or Facebook Horizon. 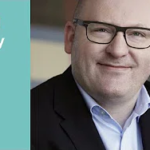 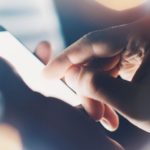