Discover The Landing Site For The Mars 2020 Rover In AR

Arizona State University Mars scientists have been having a busy summer.

Mars is currently the closest it will be to Earth until 2035 and space missions to Mars like NASA’s Mars 2020 Perseverance rover mission and Emirates Mars Mission have launched carrying instruments led by ASU planetary scientists Jim Bell and Philip Christensen.

One such project is the Java Mission-planning and Analysis for Remote Sensing (JMARS) tool, a geospatial information system that was recently named by Oracle as one of the Top 25 Greatest Java Apps Ever Written.

Publicly available since 2003 and used by thousands of people, JMARS provides mission planning and data-analysis tools to NASA scientists, instrument team members, students and the general public in over 100 countries.

Not one to rest on their laurels, the Mars Space Flight Facility teamed up recently with Assistant Professor Robert LiKamWa and graduate student Lauren Gold of the Meteor Studio in ASU’s School of Arts Media and Engineering to launch a new smartphone app called JMARS AR Viewer. In developing the app, they were assisted by ASU undergraduates Hannah Bartolomea and Shaun Xiong, and Hamilton High School student Alexander Gonzalez.

Downloadable for free from the Apple and Android stores, the JMARS AR Viewer allows users to virtually project planetary terrains from Mars, Mercury, Earth and the moon onto their physical environment.

Graduate student Lauren Gold of ASU’s Meteor Studio with an augmented reality map of Mars via the JMARS AR Viewer app. The map is overlaid with color-coded elevation data, using a rainbow palette to represent high and low values.

“JMARS AR Viewer is perfect for online learning,” said JMARS developer Scott Dickenshied, who is a scientific software engineer at ASU’s Mars Space Flight Facility. “Users can even layer in data on elevation, mineral content and other features.”

The augmented reality app also allows users to generate a QR code of a specific terrain, which can be useful for K–12 teachers designing lesson plans, students presenting academic conference posters, and signage for exhibits.

“Through this app, anyone can create their own custom views of planetary data,” said Kathryn Powell, a postdoctoral scholar with the Mars Space Flight Facility and a contributor to this project. “You can pull up any JMARS data on your coffee table, walk around it, zoom in and out and see the terrains from any angle.”

The JMARS AR Viewer is funded in part by the Interplanetary Initiative at ASU, a panuniversity effort to build the future of humans in space by leading creative thought, innovation and material progress toward interplanetary society. 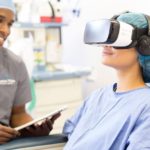 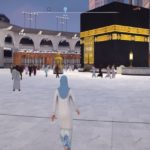